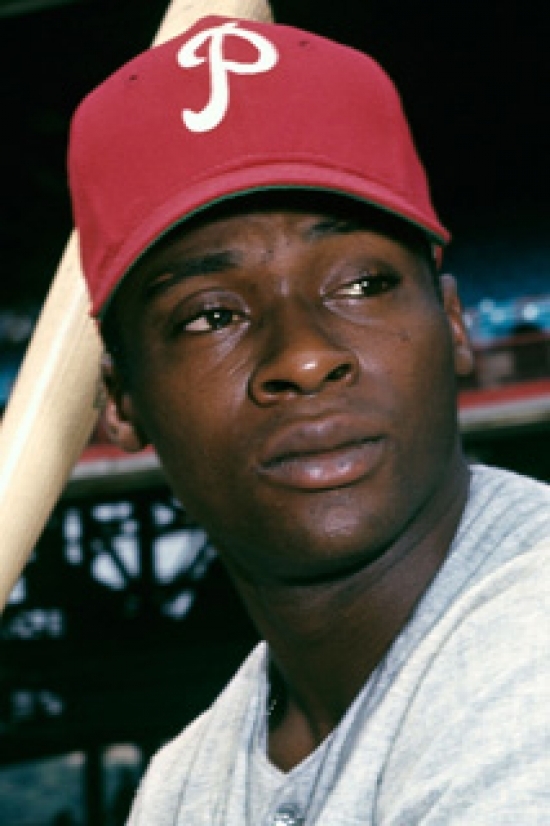 It needs to be mentioned that Allen was the first black star for the Phillies, and this was at a time when all of the other teams in MLB had integrated had African-American players of note.  Allen suffered through severe racism as the first black player for their minor league team in Little Rock and despite being an instant star with Philadelphia the racially charged city often targeted him.

It isn’t a misnomer to say that Allen was a star almost automatically with Philadelphia.  He was named the National League Rookie of the Year in 1964 and was a power hitter in the dead-ball era.  With Philadelphia, Allen had three 30 Home Run seasons (again, this was very good for this era) and a 40 Home Run campaign in 1966.  He also had four straight .300 seasons (1946-67) and was the National League leader in On Base Percentage in 1967.

While his bat made him popular with some fans, his atrocious fielding made him the target of others.  Allen would twice lead the National League in Errors and regardless of what position he played there was no way to even label him as even average on a Major League level.  He also refused to play along with media (actually, we like that) and was painted as a villain in some circles, especially after fighting with a white teammate (Frank Thomas) who was subsequently kicked off of the team, though the latter should have as he struck Allen’s shoulder with a baseball bat.