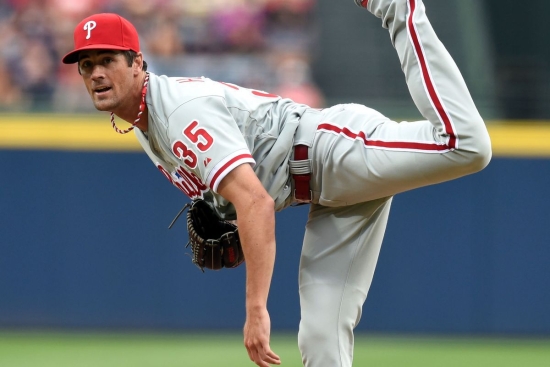 A master of the changeup, Cole Hamels was in the hunt for an extended period of time as one of the top southpaws in Baseball.

Hamels was taken in the First Round of the 2002 Draft (17th Overall) by Philadelphia, and he worked his way to the rotation in 2006 with a decent rookie year (9-8, 4.08 ERA).  The southpaw went to his first All-Star Game as a sophomore (15-5. 3.39 ERA) while also securing his first of four top-ten Cy Young finishes.  There was no All-Star for Hamels in 2008, but that was likely his most fulfilling season in Baseball.  Hamels had another good year, acing the Phils to the World Series, where he won both the NLCS MVP and World Series MVP.  It looked like he was destined for stardom, but perhaps it was just meant to be "very good."

The Phillies made the 2009 World Series, but Hamels struggled.  Hamels was still a solid player, but with the addition of Roy Halladay in 2010, he was no longer considered the top hurler.  He rebounded in 2011, going to his second All-Star Game, and in 2012, he had his best individual campaign with career-highs in Wins (17) and Strikeouts (216).  Hamels was again an All-Star and a top-ten finish for the Cy Young.

He had his last strong year in Baseball, earning a fourth and final All-Star year in 2016 (15-5, 200 SO), but by the following year, he was beset with shoulder problems.  He dropped to the middle tier of Pitchers over the next two seasons, and with Philadelphia dropping out of contention, he was dealt to the Texas Rangers during the 2015 Season.  After two ineffective years, he was traded to the Chicago Cubs, but his decline was in full swing.  He signed with Atlanta in 2020, but injuries held him to one Game.

Should Cole Hamels be in the Hall of Fame?

Buy your Tickets to see Cincinnati Reds at Philadelphia Phillies at Citizens Bank Park in Philadelphia, PA HERE for as little as $141!

Buy your Tickets to see Cincinnati Reds at Philadelphia Phillies at Citizens Bank Park in Philadelphia, PA HERE for as little as $50!

Buy your Tickets to see Cincinnati Reds at Philadelphia Phillies at Citizens Bank Park in Philadelphia, PA HERE for as little as $45!