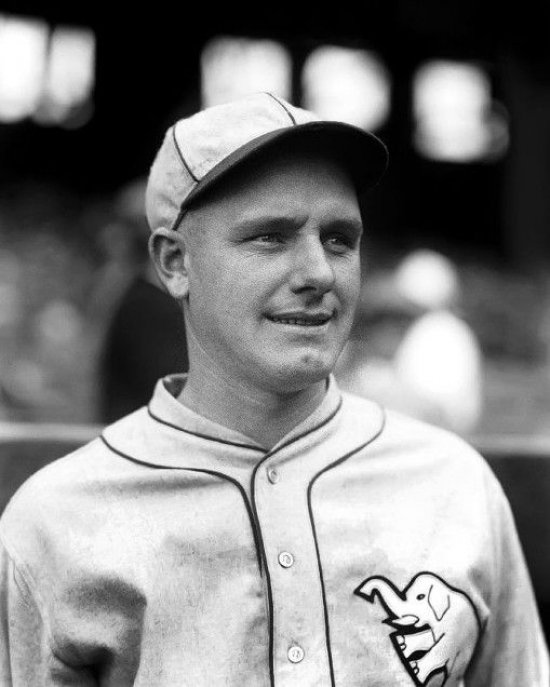 Signed by Connie Mack before the 1920 season, Eddie Rommel would find a home in Philadelphia, which would be the only team he would play for in the Majors.

Considered by some to be the father of the modern knuckleball, Rommel would twice lead the American League in Wins (1922 & 1925).  He was a unique player for his time in that he came in relief as much as he started, and many of his Wins came out of the bullpen.  Rommel did not strike out many batters, but he also didn’t walk very many.  He finished second in MVP voting in 1922 and would finish in the top ten in bWAR for Pitchers seven times.

Late in his career, Rommel would help Philadelphia win the 1929 World Series, where he would win a game in relief.