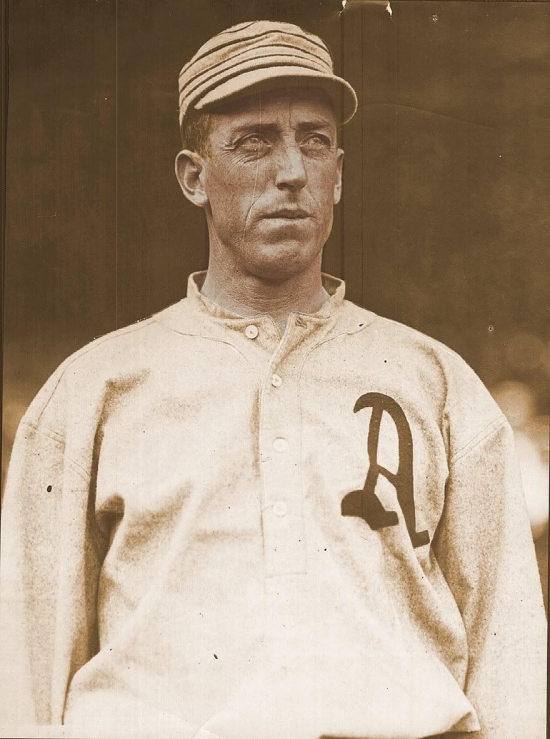 Signed in 1901, Eddie Plank would have a good rookie season for the Philadelphia Athletics, where he won 17 Games.  That is a good number, but it would take seven seasons before he had anything lower than that.

Plank would go on a four-year of 20 Win Seasons, with the latter three years seeing him finish second in that stat.  The A's were a very good team, and Plank helped them reach the 1905 World Series.  He lost both of his games in that Fall Classic, but he had an ERA of 1.59 and had to oppose Christy Mathewson (New York Giants) twice.

He would remain an outstanding hurler, securing a 24 Win Season in 1907 and leading Philadelphia to another World Series appearance in 1910.  Arm trouble kept him out of that post-season, but the Athletics were able to win anyway.  He would, however, pitch in the 1911 World Series, whereas a 23-Game winner, Plank won another Game, helping his team win the Holy Grail of baseball.

This wasn't the end for Plank as he won 26 Games in 1912 and took the Athletics to the 1913 World Series against the New York Giants.  He would again face Mathewson in two games, splitting the series, and overall, Philadelphia would beat the Giants in five games.  Plank would once more take the Athletics to the World Series in 1914, but they would lose to the Boston Braves.

That would be the end of the road for Plank in an Athletics uniform as he was released and signed for a higher salary with the St. Louis Terriers of the Federal League.

Plank would win 284 Games over his career, which is by far the most in franchise history.

Plank was chosen for the Baseball Hall of Fame in 1946.