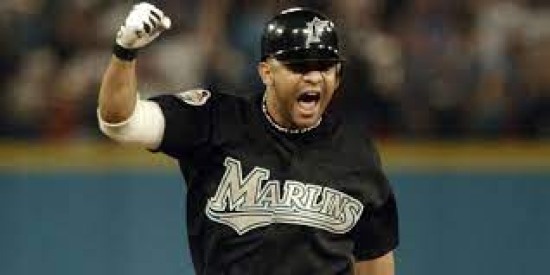 Alex Gonzalez is an interesting player to rank, as the traditional stats, an All-Star (1999) and 788 Hits should place him much higher on a team like the Marlins.

Playing at Shortstop for the Marlins from 1998 to 2005, Gonzalez did have a decent hit count, but his ability to draw walks was non-existent, and he only had a .291 OBP.  Defensively, Gonzalez was inconsistent and had only one season as a Marlin where his Defensive bWAR was over one, which is not what you need for a Shortstop.  His overall Marlins bWAR is under two, reflecting his deficiencies, though he had moderate power, most notably hitting the walk-off Home Run that won Game 4 against the Yankees in the 2003 World Series.

That aside, Gonzalez's rank is the one we feel we revisit yearly.