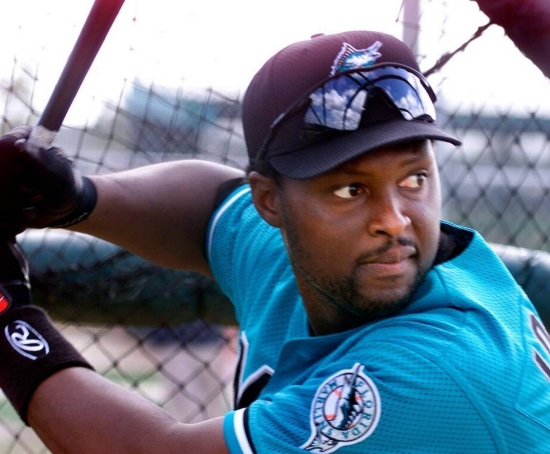 Charles Johnson was an original in the Florida Marlin organization, taken very late in the First Round of the very first Amateur Draft that the Marlins participated in.

Johnson appeared in four Games in 1994, and the defensive genius became a starter for the Marlins soon after.  He quickly became known for what he could do with his glove and how he understood his hurlers. Johnson was named an All-Star in 1997 and was a member of Florida's first World Series Championship Team.

After the World Series win, Johnson was one of the many Marlins who was traded, with his destination, the Dodgers.  Johnson returned to Florida as a Free Agent in 2001 and was an All-Star again.  He left for Colorado in 2003, ending his playing career with the Marlins for good.

Johnson had 467 Hits for Florida and a Defensive bWAR of 8.6, which is a franchise record.