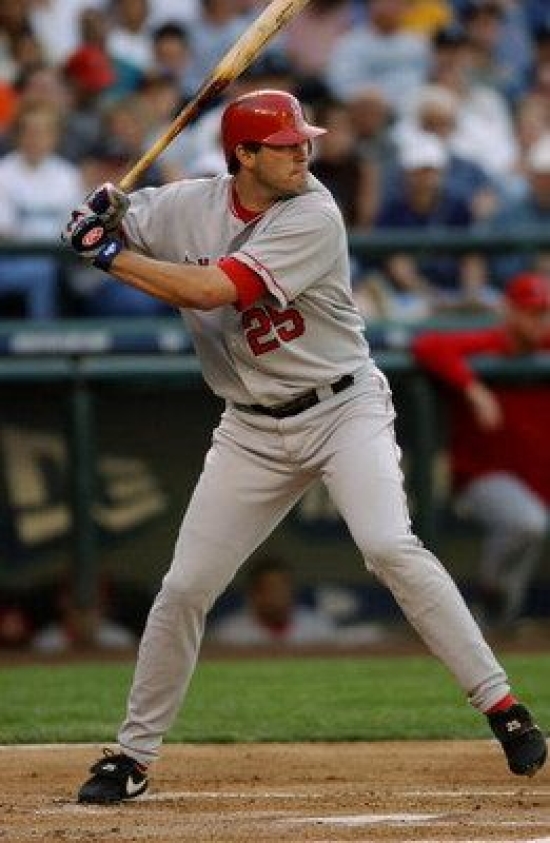 Troy Glaus was the power man of the Angels in the early 2000s, and his role in their 2002 World Series win should be forever celebrated in Southern California.

After he was chosen Third Overall in the 1998 Amateur Draft, Glaus made the Angels and was the regular Third Baseman as a sophomore, where he belted 29 Home Runs.  Over the next few years, Glaus was the top power-hitting Third Baseman in the American League, winning the Home Run Title in 2000 (47) and posting an even 1.000 OPS.  In 2000 and 2001, Glaus was both an All-Star and Silver Slugger, and although he was neither in 2002, it had to be the highlight year for Glaus in baseball.

2002 saw Glaus have 30 Home Runs (his third straight achieving that mark), but his post-season was pure electricity.  Glaus hammered seven Home Runs in the playoffs, batting .300 in every series on route to the Angels' first World Series win.  He won the World Series MVP and the Babe Ruth Award that year.

Over the next two years, Glaus missed a plethora of games but was still executing good power when he was playing.  He left the Angels to sign with Arizona after the 2004 season, and he provided them with 182 Home Runs and the vital piece to their first title.