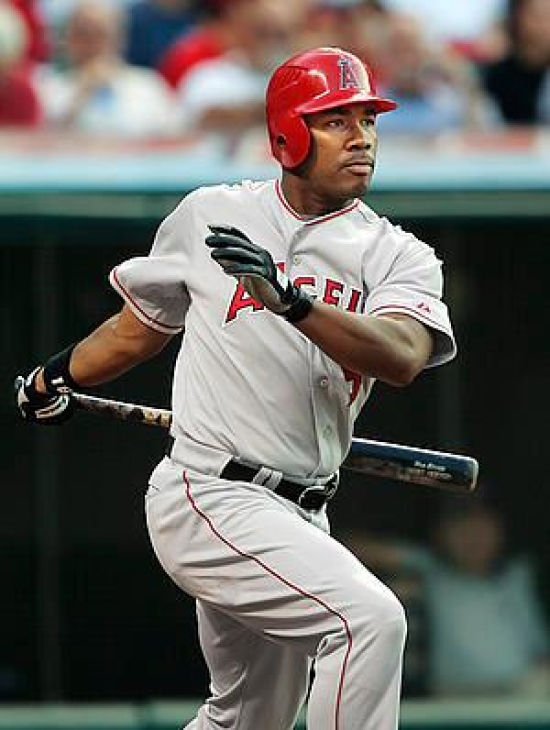 One of the most tenured players in Angels history, Garret Anderson suited up for the franchise in 2,013 Games, which at present is a franchise record.

Anderson first appeared with the Halos in 1994, four years after he was drafted.  Following that brief call-up, Anderson settled in at Leftfield, where he was one of the better and consistent offensive players at his position for the next ten years.   His peak coincided with the Angels march to the World Series, which they won in 2002, with Anderson going to his first of three All-Star Games that year.  He was also a Silver Slugger in 2002 and was fourth in MVP voting with 29 Home Runs, 123 RBIs, and a league-leading 56 Doubles.

Had Anderson been more patient at the plate (.327 OBP) and not had some poor defensive years, he would have been ranked a few spots higher.  Anderson might not have been a superstar, but they never had to think about the Leftfield spot for over a decade, which is a luxury for any Major League club.

The Angels inducted Anderson into their Hall of Fame in 2016.