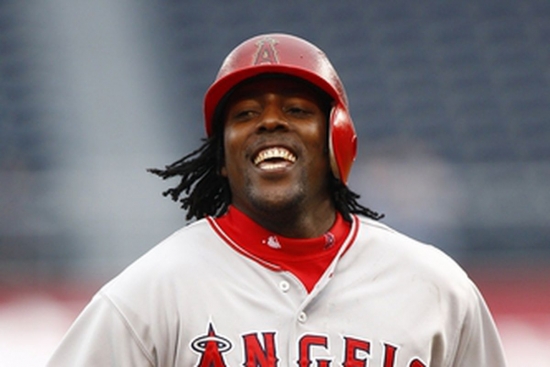 If you were a fan of the Montreal Expos in the 90s and early 00s, you knew that if you had a star, they would eventually leave for greener pastures because your team could not afford to keep them.  Such was the case for Vladimir Guerrero, who, after four All-Star appearances and 234 Home Runs as an Expo, joined the Halos in 2004.

You could say (and we are) that Guerrero saved his best performance for his debut campaign with the Angels.  Guerrero captured the MVP on the strength of 39 Home Runs, 126 RBI, .337/.391/.598 performance and it ushered in a new four-year streak of All-Star Games.  During that run, "Vlad the Impaler" never had led that 27 Home Runs, 108 RBIs, and a .317 Batting Average, and he was without a doubt one of the top offensive players in baseball.