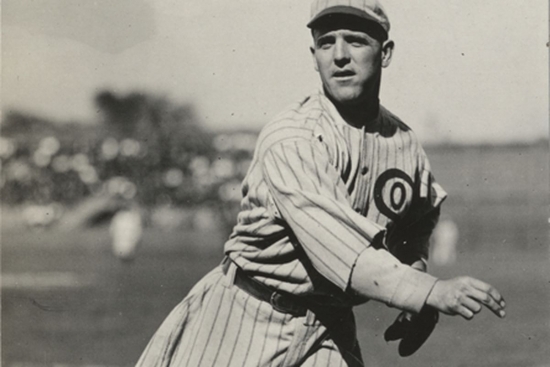 Eddie Cicotte was known to be an inconsistent player when he was with the Boston Red Sox, and he would run afoul of Red Sox management who sold him to Chicago during the 1912 Season.

The change of scenery did wonders for Cicotte.  He perfected his knuckleball, becoming one of the first masters of the specialty pitch, and he went 18-11 with a 1.58 ERA, second in the American League.  Cicotte continued to do well over the next two seasons, and in 1917, he had the season for the ages.  That year, with a perfected spitball added to his arsenal, he would lead the AL in Wins (28), ERA (1.53), Innings Pitched (346.2), and WHIP (0.912).  That season, Cicotte took the Chi-Sox to the World Series, winning one game with a 1.57 ERA in their win over the New York Giants.

Cicotte didn't do well in 1918, leading the AL in Losses (19) but bounced back with a league-leading 29 Wins against only seven losses.  He would take the White Sox back to the World Series and be heavily favored over Cincinnati.  You know what happened next.

Cicotte would be famously implicated as one of the eight players who threw the 1919 World Series.  The details are sketchy, but it is believed that he did throw the first game, and his fielding cost Chicago in his second start.  He did win the third game, but the White Sox lost the series to the Reds.