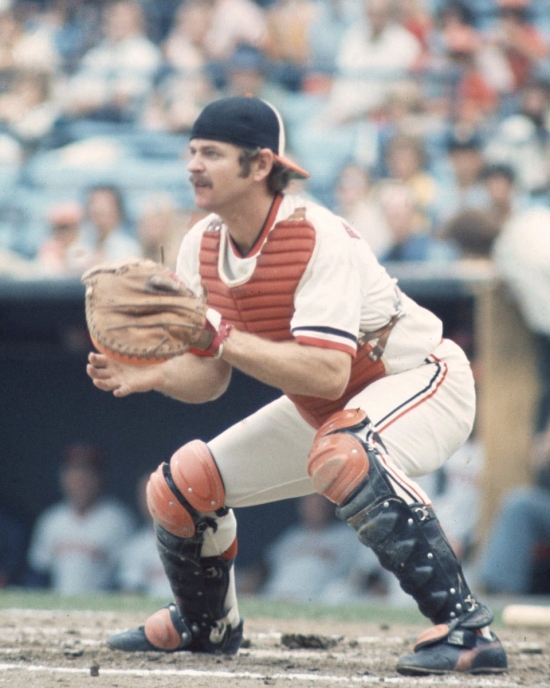 Traded from the New York Yankees during the 1976 season, Rick Dempsey would find a lot more playing time in the city of Baltimore.

Dempsey was mostly known for his defense and his handling of pitchers.  Twice he would lead the American League in Catchers in Caught Stealing Percentage, and he would also have two years where he led his peers in Fielding Percentage.  Dempsey was a light hitter (.238/.319/.355 with Baltimore), but his bat came alive in the 1983 World Series, where he was named the MVP with a .385 Batting Average and five extra-base hits.  He played with the O’s until he signed with the Cleveland Indians in 1987.

Dempsey would later win a second World Series Championship with the Los Angeles Dodgers in 1988.