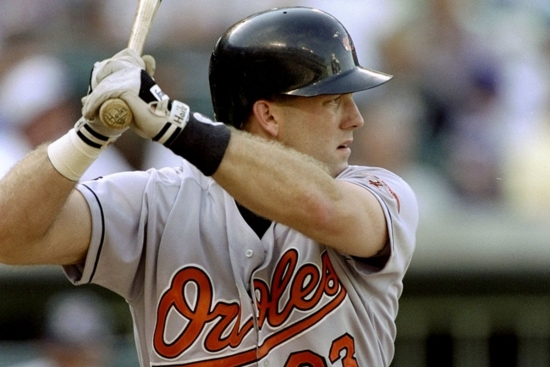 Chris Hoiles would play his entire 10-year career with the Baltimore Orioles, and defensively he was highly regarded not just for his acumen with a glove but his skill in handling a staff.

On four different occasions, Hoiles had a perfect Fielding Percentage.  Offensively, he did not score a lot of hits (739, and only two years with 100 or more), but he did have power with two 20 plus Home Run seasons, and eight years with double digits.  Hoiles would have 151 taters over his career, with a respectable Slash Line of .262/.366/.467.