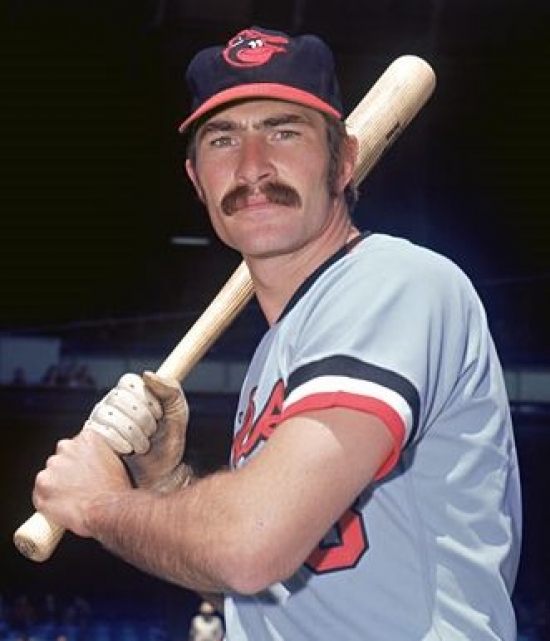 The favorite of many sabremetricians, Bobby Grich, is known more for his latter stay with the California Angels, but he cut his teeth initially with the Baltimore Orioles.

Perhaps, it is with Baltimore where he should be best remembered.  The 1967 First Round Pick debuted in 1970 but had to wait until 1972 when the Orioles traded Davey Johnson until he became a starting Second Baseman.  Grich would be their main man at that position for five seasons, and he was an All-Star in three of them.  Baltimore was loaded with defensive talent, and Grich fit right into that mold, winning four Gold Gloves, and accruing a Defensive bWAR of 1.06, including a 4.0 in 1973.  That season he would lead the entire American League in bWAR with 8.3.

Grich was never going to win a Batting Title, as he only had a .262 Batting Average for Baltimore, but he had a .372 On Base Percentage and showed five seasons of 13 Home Runs or more.

He left Baltimore to sign with the California Angels as a Free Agent, and his offense improved there, while his defense regressed, which might be why he was a more nation-wide known baseball player there.  Grich played 436 more Games with the Angels than he did with the O’s, but he had a higher bWAR with Baltimore (36.0 to 35.1).