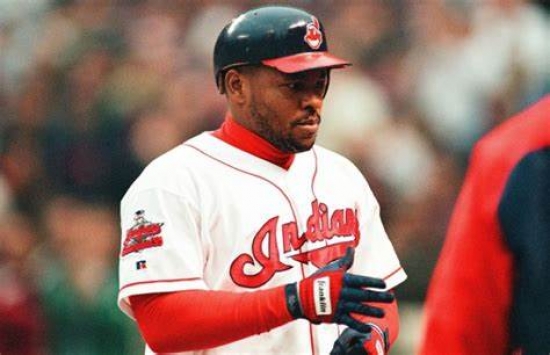 Albert Belle may have been the most feared sluggers of the 1990s.  He was the first 50/50 man (doubles and home runs) in baseball.  He pounded out extra base hits by the truckload and was able to generate a decent Batting Average.  He was a constant Triple Crown threat as he was to win the MVP Award.  In fact, Belle was jobbed out of the 1995 MVP to Mo Vaughan likely due to the hatred of the baseball media towards him.

Albert Belle retired at the age of 34 due to a degenerative hip, though he quit his baseball career before his numbers declined to an unproductive state.  The bad will that the writers had towards Belle meant that he would have had to accumulate numbers that they could not ignore.  As he did not hit them, they dropped him off the ballot after two years.  If the writers only looked at what he did on the field instead of off of it (as they should), it is hard for them to justify why his vote tally was so low.

0 #7 Michael tabor 38 2017-08-24 03:42
Best hitter in baseball in the Mid 90s (outside of Griffey JR He was Feared like Bonds. If he didn't get hurt he's a shoe in. Same if he wasent a jerk or won a few world series's!
Quote
+2 #6 Stefano Milano 2015-09-21 18:18
Give the man credit for elevating MLB with his on the field performance. He was a scrapper, and if his field was hockey he would have made it his first year. Sports writers, show some class here and reward a great baseball player.
Quote
+1 #5 Stefano Milano 2015-09-21 18:16
He was a great player with a solid playing record. No other player has accomplished his 50/50 performance. He was not a saint, but he made baseball exciting as he played at a very high level. If he were a hockey player he would have made the HOF in his first year. Sports writers get real here, at least he didn't use PED's. Give the man his shot at the HOF.
Quote
0 #4 John Roberts 2015-07-30 01:56
Talk about bad luck. I think writers notice round numbers. Were it not for his injury he would likely have had 10 consecutive seasons of 100 RBI's which would have been difficult to ignore
Quote
0 #3 Lawrence Millstein 2014-03-10 08:44
He was a great ballplayer h belong in the hof they put kirby in with his short carreer why not his
Quote
0 #2 Lawrence Millstein 2014-03-10 08:42
I hated the dude but his # were than any bodys for so long his numbers were like jim rice # back in the 70s but he had longer stretch of greatness and he was decent out fielder kirbys ang manny griffys numbers are better in one way they stayef longer alberte bells # were more consitent early vilad sguerroros # were better in the fielding and running this man blongs in hof way before now the writters are wrong about him
Quote
-1 #1 Darryl Tahirali -0001-11-30 00:00
[Comment deleted]
Quote
Refresh comments list
RSS feed for comments to this post