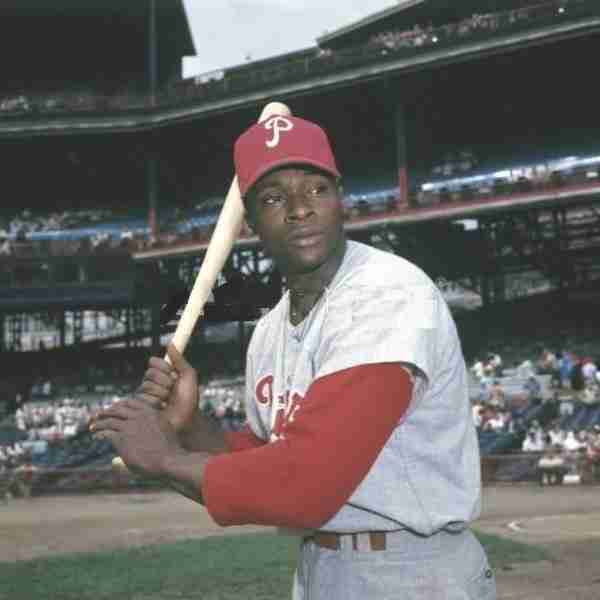 The case for Dick Allen’s induction is a strong one.  He was a power hitter in an era dominated by strong starting pitching.  His impressive power numbers are complimented nicely by his three slugging titles.  Allen could hit for average and despite his ability to hit tape measure bombs, he collected walks by the truckload and led the league in on base percentage twice.  With a Rookie of the Year and MVP trophy, Dick Allen proved his merit as one of the best offensive players of his time.

The detractors point to his poor defense (especially at third) and that he was not around as long as others.  Allen was called a clubhouse cancer by some and he was not a friend to the press.  With that said, managers who he played for (Gene Mauch and Chuck Tanner) referred to him as a great team guy and a leader.  As he was maligned by baseball print media and had other outside interests, Dick Allen got a reputation that in retrospect seems undeserved.   That reputation may have been a big reason that he did not get into the Hall of Fame.

+1 #4 Darryl Tahirali 2016-07-18 23:55
Qualitativel y outstanding, especially, as Kurt noted, for his era. Quantitative ly light, not even at 2000 hits, and he had a few tremendous seasons scattered among good or average ones. I probably wouldn't vote for him but I wouldn't object to his inclusion.
Quote
0 #3 Kurt 2015-06-09 04:32
Dick Allen has a career OPS+ of 156, which was incredibly high for his generation. He was a much better player than Ron Santo, yet he was a jerk to the media which has seemingly kept him out. Maybe he didn't play long enough, but his peak years were good.
Quote
0 #2 John Smith 2015-04-30 01:58
Had Dick not been such a dick with the sports writers would later vote on him, he would have a plaque at Cooperstown,
Quote
+3 #1 Dave Hachey 2014-01-04 17:06
Without a doubt, Dick Allen is the one player who should be in the hall of fame who isn't. He put up big numbers when the National League (where he played the majority of his career) had great players. He was traded a lot, but always put up great numbers where he went. It is a crime he is not in.
Quote
Refresh comments list
RSS feed for comments to this post