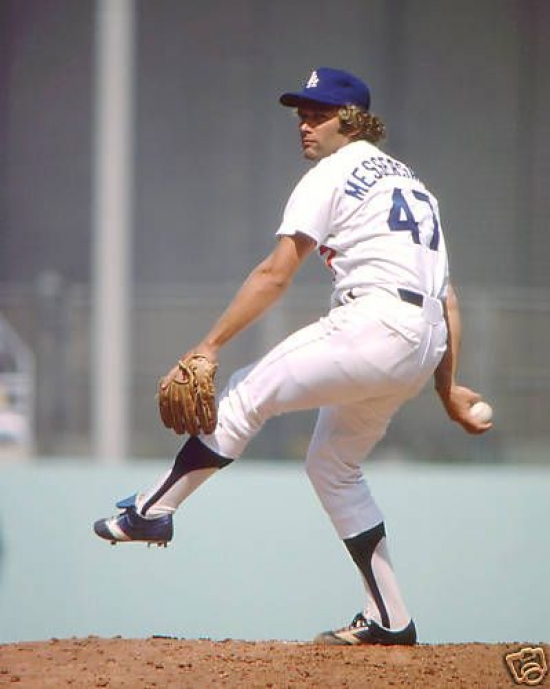 One of the better players of the 1970s who seemed to fly perpetually under the radar was Andy Messersmith, who finished in the top five in Cy Young votes three times.

The righthander made his first Major League appearance in 1968 with the California Angels, and he quickly found a spot in their rotation.  His best season with the Halos was in 1971, where he went 20-13, was an All-Star, and had an ERA of 2.99, and notably the two years before he led the American League in H/9.

Messersmith was traded to the Dodgers in 1973, where he was a massive part of their rotation, going to two more All-Star Games and leading the NL in Wins with 20 in 1974.  This was Messersmith's best year with a 2.59 ERA, a career-high 221 Strikeouts, and a league-leading 1.098 WHIP with a second-place finish in Cy Young voting.  The hurler was fifth in the year after, and after signing with Atlanta in 1976, he was an All-Star for the fourth and final time.  1976 would be the last good season of Messersmith's career, as his skills eroded, and he was out of baseball three years later.

Should Andy Messersmith be in the Baseball Hall of Fame?