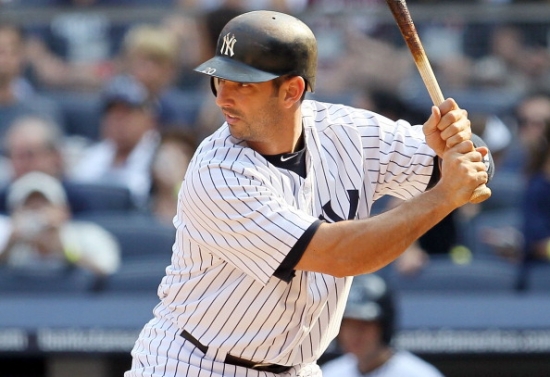 In the last half of the 1990s, the New York Yankees built a dynasty that would win four World Series Championships in five years.  Jorge Posada missed the first one (1996), as he was not a part of the post-season roster, but the Puerto Rican Catcher would see his playing time rise, and he earned Rings with New York in 1998 and 1999.

The year 2000 would be a different story as he was no longer splitting duties at Catcher with Joe Girardi.  The Yanks again won the World Series, but this time, Posada was an All-Star and Silver Slugger.  Posada would be dubbed one-quarter of Yankees' "core four" along with Andy Pettitte, Derek Jeter, and Mariano Rivera.  Posada went to four more All-Stars and four more Silver Sluggers, and he was one of the most highly regarded players on the team.

Posada was an expert at handling his pitchers, and he brought power from the Catcher's position.  He hit the 20 Home Run plateau eight times and would have 275 overall with 1,065 RBIs.  In 2007, he became the first Catcher to record an offensive season where he batted .330, and hat least 40 Doubles, 20 Home Runs, and 90 RBIs.  Posada would win another World Series with New York in 2009.

Posada retired in 2011, and he is considered to be one of the better offensive Catchers in baseball history.

Should Jorge Posada be in the Hall of Fame?