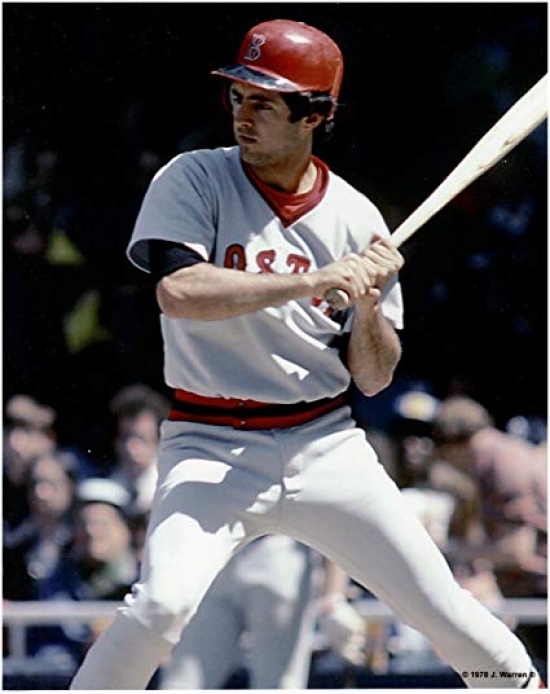 Nobody shot out of the gate quicker than Fred Lynn, as he made history when in 1975, he became the first player in Major League history to win the Rookie of the Year and the MVP in the same season.  As the other one who accomplished that feat was Ichiro Suzuki, who was already an established veteran of the Japanese Leagues, this is a beyond spectacular achievement.

In the previous year, Lynn would not only secure the ROY and MVP, and he would win his first of four Gold Gloves, won the Slugging Title (.566), and would also finish first in OPS (.967), Runs Scored (103), and Doubles (47).  That season, he would power the Red Sox into the World Series, but they went down to defeat against the Cincinnati Reds.

Lynn remained a great player for years, and while he did not win the MVP again, he probably should have in 1979, when he swept the Slash Line (.333/.423/.637) and had career-highs in Home Runs (39) and RBIs (122).  After six straight All-Star years with the Red Sox, he was traded to the California Angels, and he kept his streak alive with three more All-Star appearances.

He continued his career with Baltimore, Detroit, and San Diego, and retired in 1990 with 306 Home Runs and a .484 Slugging Percentage.

Should Fred Lynn be in the Hall of Fame?