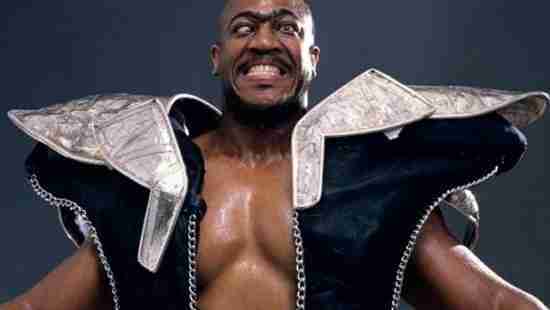 The man who portrayed “Zeus” in No Holds Barred actually had a much more notable role as “Deebo” in the Friday movie series, but for our purposes, Tom “Tiny” Lister is Zeus.  Zeus would headline Summer Slam in 1989 in a tag team match, and was on two more Pay Per views in prime positions (Survivor Series and No Holds Barred: The Match).  Lister was not much of a wrestler, and lost every match, but he was a dominating physical presence who did turn heads.

Tagged under
Tweet
More in this category: « 13. Dennis Rodman 15. Motorhead »