1. D-Generation X: Break It Down 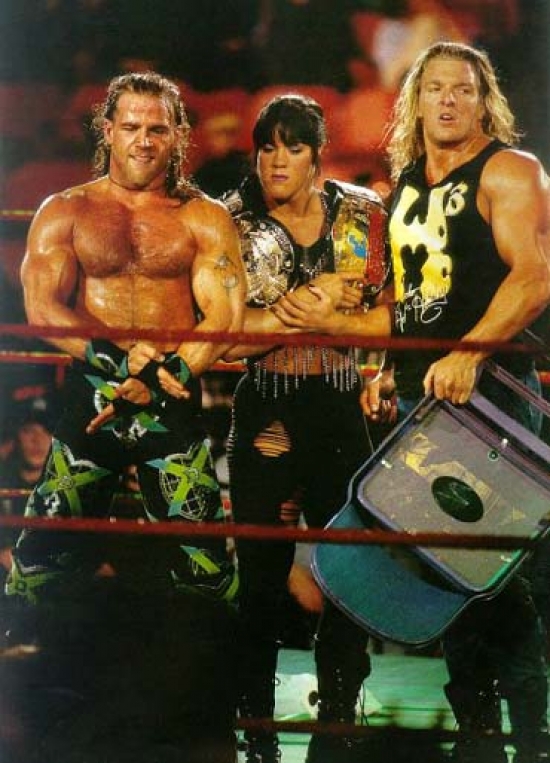 There are a lot of places where wrestling historians have pointed to in regards to when the Attitude Era officially began.  Sonically speaking, there was only one date that comes to mind: November 10, 1997.

This was one day after the famed Survivor Series where Bret Hart was “screwed” out of the WWF World Heavyweight Championship and Shawn Michaels became the champ again.  On that Monday Night RAW, the show opened with the D-Generation X coming to the ring to a song called “Break it Down”, a song that no WWF fan had heard before, or anything even resembling it before.

While there had been many great wrestling theme songs before, there never had been any that a discernable bite to it, and dare we say an “Attitude”.

Shrieked by Chris Warren, “Break it Down” was anti-establishment, anti-rules and flagrantly in your face.  The guitars were loud, but performed in a slow drudging fashion.  It wasn’t toe tapping or fist pumping, but powerful in its minimalist arrangement.

This was the song that shattered the mold of what a wrestling theme was in the WWF and instantly left so many existing themes in its wake.  It did what Nirvana did to Hair Metal; it dated other theme songs that were only a year old and made them seem like they came from a generation ago.

While I could be convinced that there might be better WWE theme songs, it will take a lot to convince me that this isn’t the most important song ever released in the WWE, and it did what nothing else has done since:

It changed the “Game”.

You think you can tell me what to do?

You know who you're talkin' to?

You think you're a big man?
Treat you like you're a little man

More in this category: 2. CM Punk: Cult of Personality »