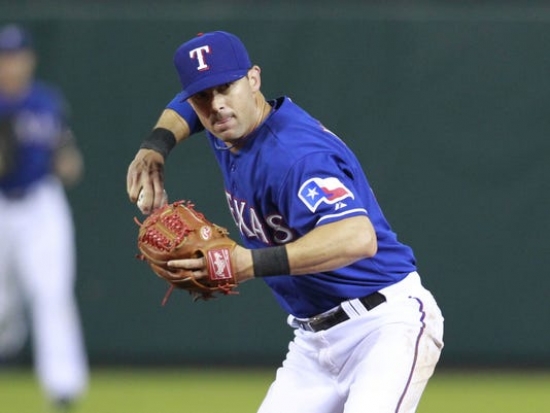 Regular visitors of Notinhalloffame.com know that we are slowly working on the top 50 of every major team in the NHL, NBA, NFL, and MLB. Once that is done, we intend to look at how each team honor their past players and executive.  As such it is news to us that the Texas Rangers will be retiring the number 10 of Michael Young.

Debuting for Texas in 2000 and playing there for 12 seasons, Young would become one of the most successful hitters in franchise history.  The infielder would have six 200 Hit Seasons with two of those years being good enough to lead the AL (2005 & 2011). A seven-time All-Star, Young won the Batting Title in 2005 with a .331 Average and had a .301 Batting Average as a Ranger.  He would also smack 177 Home Runs for the squad.

Defensively, he was incredibly versatile as he played at least 400 Games for the franchise at Second Base, Shortstop, and Third Base and was a Gold Glove winner in 2009 (SS).  He was also known for his selfishness and leadership.

Young’s number will be officially retired on August 31 of this year.

We here at Notinhalloffame.com would like to congratulate Michael Young for earning this very prestigious honor.

More in this category: « Josh McCown Retires The Vancouver Canucks will retire the numbers of the Sedin Twins. »