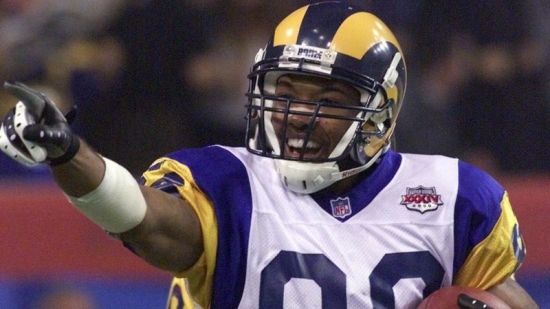 “Our resume speaks for itself. I played on a team with Kurt Warner, Marshall Faulk, Orlando Pace, Isaac Bruce – the list goes on.  I think for me, I might’ve gotten a little overshadowed, but when you look at the production and you look at the work I was able to do, I was on a Hall of Fame level just as those guys were. And when I was playing with these dudes, I used to be like, ‘If I can raise my level up to these guys’ level, we’re going to be that much more dominant – we’ll all get in.’”

Warner, Faulk and Pace have already been inducted.  Bruce has been a Finalist for the last three years.

Statistically speaking, Torry Holt has the credentials with 13,382 Receiving Yards and 74 Touchdowns and he is also a seven-time Pro Bowl Selection with two Receiving Yards Titles.

Holt has yet to be named a Finalist as of yet, though has reached the Semi-Final stage five straight years,  At present, we have him ranked #11 on our Notinhalloffame.com Football list.