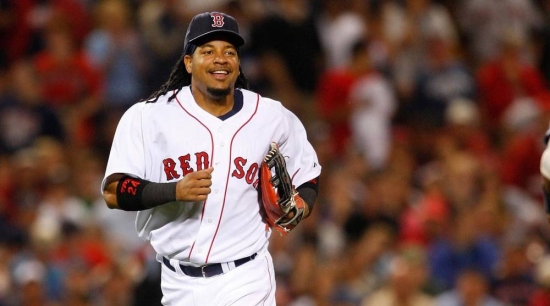 Manny Ramirez is still hopeful that he might get a call from the Baseball Hall of Fame.

In speaking with reporters prior to the 2018 World Series ring ceremony Ramirez was asked about his Cooperstown chances where he had this to say:

"I hope so. We've been praying.  Everybody makes mistakes. Nobody's perfect. I think with time, if it's God will, you're going to be there. If not, hey, we're just happy we got the opportunity to play the game that we love."

Ramirez’s mistake that he was referring to was getting caught taking PEDs and he was suspended twice for it.  He has the numbers for the Baseball Hall of Fame with 555 Home Runs, 2,574 Hits, a .312/.411/.585 Slash Line and a bWAR of 69.4.  He has the individual accolades with two World Series Rings, a World Series MVP, 12 All Star Appearances and nine Silver Sluggers.  None of this seem to matter to the Baseball Hall of Fame voters as he has been eligible for three years and has not had a vote total over 24% and unlike players like Barry Bonds and Roger Clemens he is not trending upwards, likely due that this his transgression took place after Major League Baseball instituted an agreed upon penalty for those caught taking PEDs.

It will be interesting to see if Manny will see his total improve next year but we wouldn’t place a large wager on it.

More in this category: « We have a new logo at Notinhalloffame.com The Hall of Fame Clock begins for both Dirk Nowitzki and Dwyane Wade »