The Honky Tonk Man to the WWE HOF 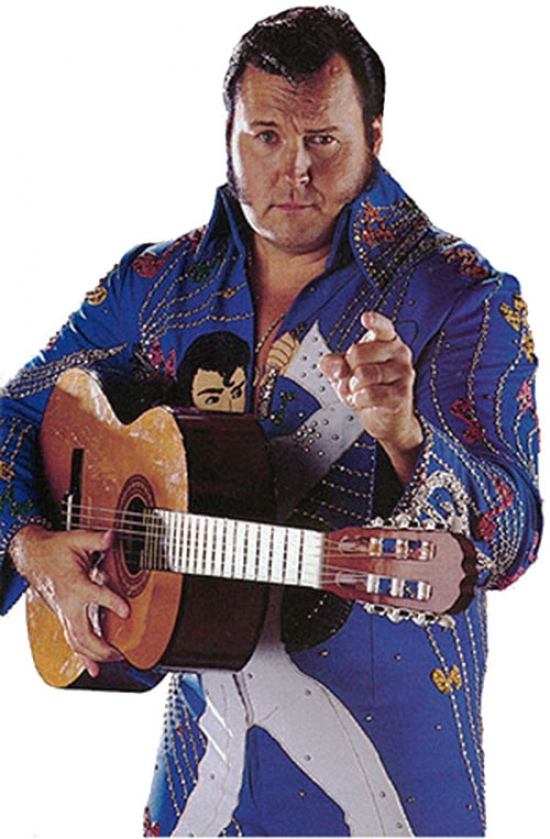 They have not been very fast in their announcements but we final have a second inductee for this year’s WWE Hall of Fame Class.

Wayne Ferris, known professionally as The Honky Tonk Man has been announced for this year’s class. In previous shoot interviews, Ferris stated that he had been asked before to be inducted and if that is true this induction is certainly long overdue.

Beginning his career in 1977, Ferris achieved success as one half of the Blonde Bombers with Larry Latham in Tennessee and the pair would have a still famous match, “The Tupelo Concession Stand Brawl” against Jerry Lawler and Bill Dundee.  Ferris would wrestle throughout the South, Puerto Rico and Calgary before the World Wrestling Federation came calling in late 1986.

Now known as the Honky Tonk Man, the belief was that Ferris was going to be a big babyface but the Elvis impersonator failed to get over with the crowd and he turned heel following a “vote of confidence” where fans stated that they were not fans of his. Now paired with Jimmy Hart, Honky began a feud with Jake “The Snake” Roberts and would defeat him at Wrestlemania III.  A couple of months later he would shockingly defeat Ricky “The Dragon” Steamboat for the Intercontinental Title and he would hold that for fourteen months and to this date is the longest reigning IC Champion in company history.  The Honky Tonk Man would defend his title primarily against former champion Randy “Macho Man” Savage and he would hold the belt until he lost at the inaugural Summer Slam to The Ultimate Warrior in less than a minute.

Honky would drop down the card feuding and he would later team up with Greg “The Hammer” Valentine to form Rhythm and Blues.  They would often challenge The Hart Foundation for the WWF World Tag Team Titles but would fall short of winning the belts.  He would leave the company in January of 1991.

After this incredible run in the WWF, The Honky Tonk Man would toil in the independents with a brief run in WCW in 1994.  He would sporadic returns to the WWF afterwards and was the inductor for Koko B. Ware when he was chosen for the Hall of Fame in 2009.

We here at Notinhalloffame.com would like to congratulate The Honky Tonk Man for earning this honor.

More in this category: « RIP: Peter Tork SVG says Dwight Howard is a Hall of Famer »