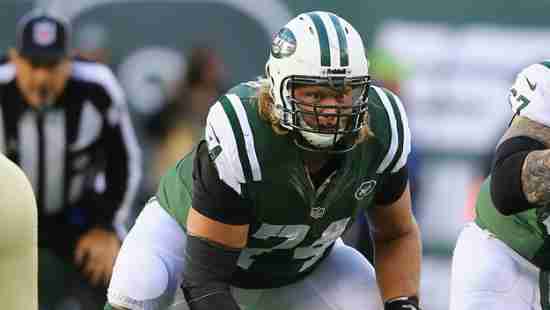 Another day, another retirement in professional football.

Nick Mangold, who arguably is one of the most successful Offensive Linemen in New York Jet history has officially retired from the NFL after signing a one day contract so that he could retire in the green and white.

Mangold was the 29th overall pick in the 2006 NFL Draft and the former Ohio State Buckeye would take over immediately as the Jets Center.

Mangold played 164 Games in the NFL (all with the Jets) and started every single one of them. He will likely receive consideration for the Pro Football Hall of Fame of which he will be eligible in 2022. We will be adding his name to the 2022 section later.

We here at Notinhalloffame.com would like to thank Nick Mangold for the memories and we wish him the best in his post-playing career.

More in this category: « James Harrison Retires Major Update: Our Football List has been revised »