The College Football Hall of Fame announces their latest class 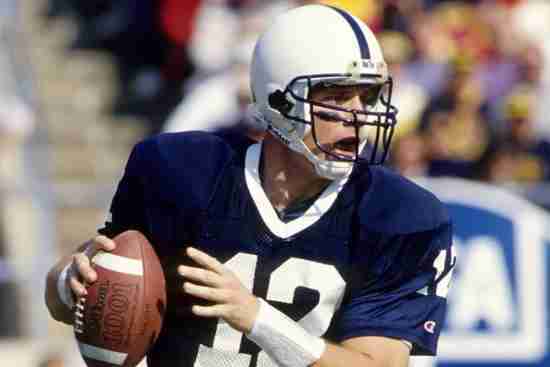 09 Jan
2018
Not in Hall of Fame
The College Football Hall of Fame has announced the Class of 2018 and let’s get right into who has been selected!

Trevor Cobb, Running Back, Rice: 1989-92. Cobb was an All-American in 1991 and was the winner of Doak Walker Award that year. He would tally 4,948 Rushing Yards with another 892 via Receptions over his four year career with the Owls. He scored 43 Touchdowns.

Kerry Collins, Quarterback, Penn State: 1991-94. In 1994, Collins was a consensus All-American, and the winner of the Maxwell Award, the Davey O’Brien Award, the Sammy Baugh Trophy and the Big Ten MVP. That year he Quarterbacked Penn State to an undefeated season and a win in the Rose Bowl. He threw for 5,304 Yards and 39 Touchdowns that season.

Dave Dickinson, Quarterback, Montana: 1992-95. A legend at the University of Montana, Dickinson holds numerous school and Big Sky Conference records. The Quarterback threw for 13,486 Yards with 116 Touchdowns. He is also a member of the Canadian Football Hall of Fame.

Dana Howard, Linebacker, Illinois: 1991-94. Howard would win both the Dick Butkus and Jack Lambert Award in 1994 and he was also named the Big Ten Defensive Player of the Year.

Paul Palmer, Running Back, Temple: 1983-86. Palmer was the runner-up for the Heisman Trophy in 1986 and was an All-American that year.

Ed Reed, Defensive Back, Miami: 1998-01. Reed won the BCS National Championship with the Hurricanes in 2001 and was a two time All-American. He was also the co-winner of the Big East Defensive Player of the Year.

Matt Stinchcomb, Offensive Tackle, Georgia: 1995-08. Stinchcomb was a two time All-American and was the winner of the Draddy Trophy and Jim Parker Trophy in 1998.

Charles Woodson, Defensive Back, Michigan: 1995-97. Woodson won it all in 1997 where he was National Champion in 1997 with the Wolverines and was also the winner of the Heisman Trophy, Walter Camp Award, Bronko Nagurski Trophy, Chuck Bednarik Award, Jim Thorpe Award and Big Ten Player of the Year. He was also a two time All-American.

We here at Notinhalloffame.com would like to congratulate the College Football Hall of Fame Class of 2018.
Tagged under
Tweet

More in this category: « Jeff Garcia endorses T.O. for the Pro Football HOF We have added new entries to our 2021 Football Futures »