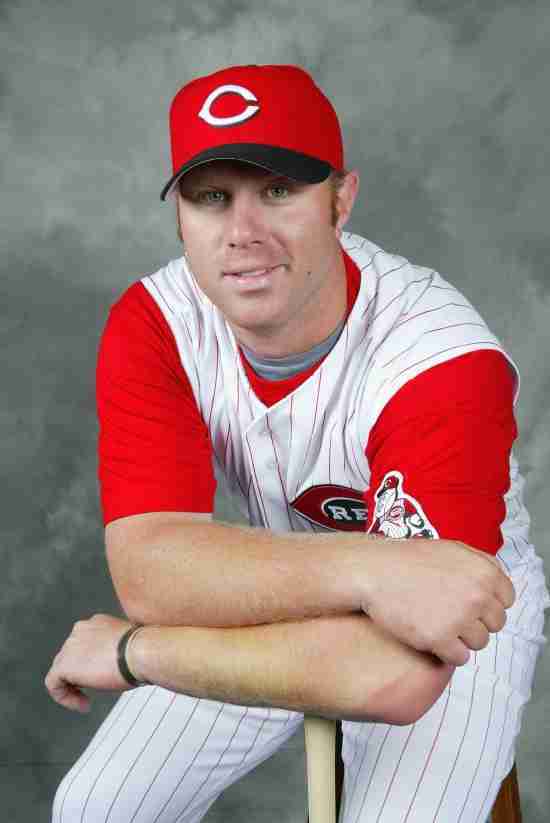 01 Dec
2017
Not in Hall of Fame
In our methodical process to present the top 50 players of all of the franchises of the big four, our next goal is to take a look at how each one of them honor their past players and/or executives. As such it is significant news to us that the Cincinnati Reds, one of the longest tenured teams in Major League Baseball has announced that Adam Dunn will become the latest member of their team’s Hall of Fame.

A second round draft pick in 1998, Dunn would make the main roster in 2001 and would become quickly known for his tape measure Home Runs. A Red for eight seasons (2001 & 2008) Dunn had five consecutive 40 Home Run years (though the last was split with Arizona) and he would go yard 270 times with Cincinnati.

While Dunn would have some detractors for his low Batting Average, high Strikeout ratio and poor defense, he did have an excellent On Base Percentage (.380) and Slugging Percentage (.520) as a Red. The Reds never had a winning season while Dunn played there but his power displays certainly gave a lot of fans to cheer for.

Dunn beat out Aaron Boone, Danny Graves, Reggie Sanders, John Franco and Scott Rolen who were also nominated. It is possible that the Cincinnati Reds Hall of Fame Veteran’s Committee will announce other inductees to join Dunn.

We here at Notinhalloffame.com would like to congratulate Adam Dunn for achieving this prestigious honor.
Tagged under
Tweet

More in this category: « Darren McFadden Retires Radiohead will not be at the RRHOF Ceremony »