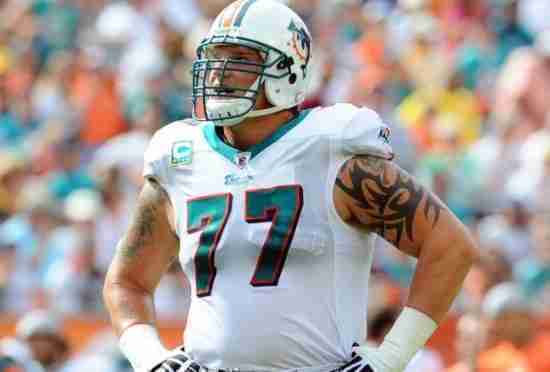 Jake Long, the #1 Draft Pick from 2008 has announced that he is calling it quits after a nine year career.

Chosen by the Miami Dolphins, Long quickly showed why he was the number one pick by being named a Pro Bowl Selection in his rookie year.  He would continue to compete at that level over the next three years, and would go to the Pro Bowl four times overall.  In 2010, Long would be named a First Team All Pro Selection.

Long would play 104 Games in the National Football League and is not likely to be considered for the Pro Football Hall of Fame but he will be eligible for Canton in 2022.

We here at Notinhalloffame.com would like to congratulate Jake Long on a wonderful career and wish him the best in his post playing career.

More in this category: « Maurice Smith named to the UFCHOF The Rock and Roll HOF Ceremony returns to Cleveland »