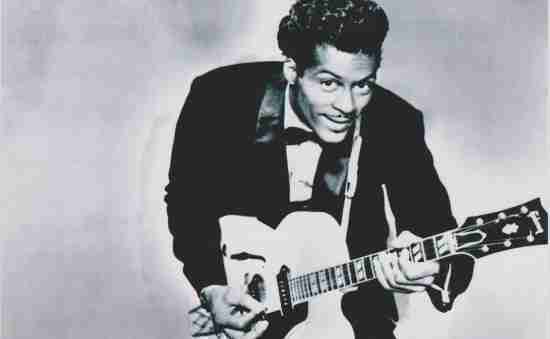 The legendary Chuck Berry, considered by many to be one of the pioneers of Rock and Roll music, if not the father of the genre, passed away at the age of 90 today.

Berry was at the forefront of accelerating R&B to what would become contemporary Rock and Roll music.  Berry would also incorporate the fast pace of rockabilly to his sound and as such, helped to create a sonic blueprint that appealed to both Black and White America and if there were a Mount Rushmore of Rock and Roll, Chuck Berry would be on it.

Berry did not have a number one hit in the 1950’s, but the hits he had of “Maybelline”, “Johnny B. Goode” and “Roll Over Beethoven” are staples of the genre.  Berry wasn’t a political singer, nor did he ever try to be.  This was a man who looked to perfect the rock party sound and as such has been cited as a major influence to many rock stars who followed.

Fittingly, Chuck Berry was a member of the inaugural class of the Rock and Roll Hall of Fame in 1986.

We don’t know about the rest of you but tonight we are going to rock ourselves to sleep to the music of Chuck Berry.

You will be missed!

More in this category: « Dwight Howard says he is a Hall of Famer Jim Cornette to induct the Rock and Roll Express »