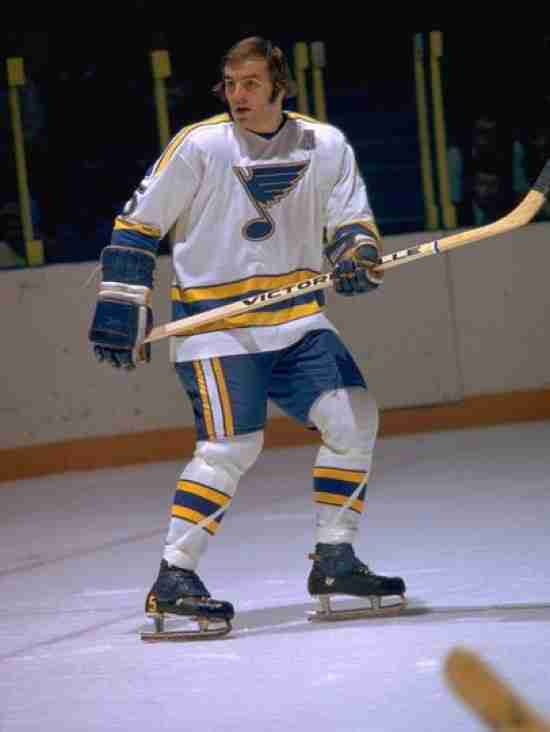 04 Feb
2017
Not in Hall of Fame
Regular visitors to our website know that we are SLOWLY working on our Top 50 players of each major team.  The end game will eventually showcase how each team honors their former players, coaches and executives.  As such, it is news to us that the St. Louis Blues retired the number of Bob Plager last night.

A New York Ranger for the first three years of his career, Plager was traded to the expansion Blues, and was a member of the original team.  Plager would have an opportunity in St. Louis to be a starter and would be a dependable force on the blueline corps.

Plager was not an offensive star, but he did score 141 Points over 615 Games with the Blues; a stint that lasted 11 seasons.  He would also play 74 Games for St. Louis in the NHL Playoffs.