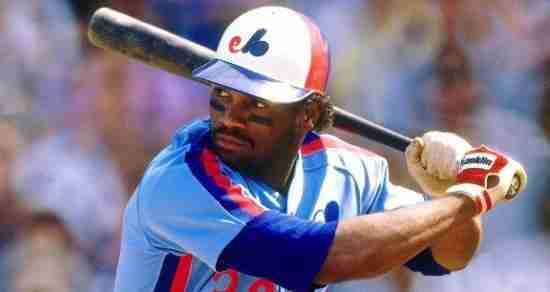 18 Jan
2017
Not in Hall of Fame
Our favorite day here at Notinhalloffame.com is always when the Rock and Roll Hall of Fame announces their annual Classes.  Our second day is when they announce their Baseball Hall of Fame Class.

That second day is here.

The highest vote getter this year is Jeff Bagwell who is selected on his 7th year of eligibility.  Bagwell received 86.2% of the vote, well up from his 71.6% last year.  It has been believed that his delay into getting into the Baseball Hall has been due to PED suspicion, but that is all there was in his case.

Finishing second on the ballot is Tim Raines, who was on his last year of eligibility.  “Rock” had 86.0% and like Bagwell received a more than 15% jump.  For many Baseball fans, this is long overdue and many are thrilled to see him get his due.

Perhaps a bit of a surprise is that Ivan Rodriguez entered on his first ballot with 76.0%.  Statistically, I-Rod is Cooperstown worthy but he has a direct PED accusation from Jose Canseco though was never named in the Mitchell Report.

Overall, the PED users/suspected players have seen a rise in the totals, a lot of which can be attributed with the elimination of older and inactive baseball writers from the process and the induction of Bud Selig, who presided over the time that PED use arose in the game.

Let’s look at those who didn’t make the cut:

The prolific reliever did not make this year, but he was only a handful of votes away.  He finished with 67.3% last year and should get in next year.

“Vlad the Impaler” was pegged by some as a first ballot inductee but it won’t take him long to get in.  He should be a lock next year.

Edgar has only two years left but this was a huge jump from the 43.4% he had last year.  Martinez was a Designated Hitter, a position that has hurt him in the past and the fact that three people got in to help thin the ballot somewhat does not hurt his cause.

This was a huge jump for Clemens and the first time he eclipsed 50 percent.  This is up 8.9% from last year and perhaps for the first time we have a strong reason to think that the Rocket could get in.

See above.  Could we see in the future a year where both Barry Bonds and Roger Clemens enters Cooperstown together?  A few years ago we wouldn’t have thought so, but now that seems like a possibility.

Mussina doesn’t get a lot of attention as he is not a controversial choice, nor is he one that plays to the media.  He did however jump up past the 50% mark for the first time and is going in the right direction.

Schilling dropped 7 percent, and we all know why don’t we?  He angered the media with his comments toward them and is this backlash was long expected.

This is the end for Smith, who at one point was the all-time Saves leader.  Based on how he was trending, he was lucky to make it this far.

This could be the biggest surprise.  The suspected PED users went up, but Ramirez was caught and suspended twice.  Maybe the writers thought “Manny being Manny” was not enough explanation.

While it doesn’t look like Walker will get in, he did jump up from his 15.5% from last year.

McGriff barely budged from his 20.9% from last year.  It isn’t looking good for the “Crime Dog.”

The former National League MVP moved up…0.1%.  Is there a Survivor Hall of Fame?

Sheffield mildly improved but he on such a crowded ballot, he still has time to jump up considering his career stats.

Wagner actually went down from his 10.5% from the year before.  Realistically, just staying on the ballot is a win for him.

Sosa is still alive, so we are stuck debating him another year.

The notable player who did not make the 5% to stay on the ballot was former New York Yankee Catcher, Jorge Posada, received 3.8%.

We here at Notinhalloffame.com would like to congratulate the latest Baseball Hall of Fame Class and we will be unveiling our next list in a month’s time.