Alex Rodriguez to retire. PEDs will keep him out of the HOF 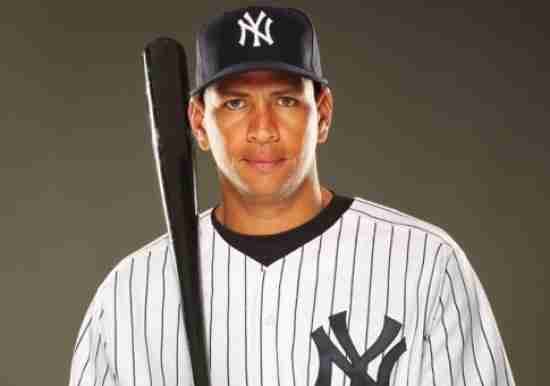 07 Aug
2016
Not in Hall of Fame
This must be the week for the Yankees and retirement.

When it was announced yesterday that the Yankees and Alex Rodriguez would be having a press conference today it was widely assumed that this meant that the slugger would be announcing his retirement at the end of the season.  As it turns out, his last game will be Friday.

A-Rod will be released from his player contract and take on a role with the Bronx Bombers as an advisor and instructor.  In what will now be his final year in Baseball, Rodriguez is batting only .204 with a .609 OPS and has been demoted to the bench.

Many of the articles or opinions being brandished about concerning Alex Rodriguez concerns his lofty contracts and PED use, as he infamously signed the largest contract in sports ($252 million for ten years with the Texas Rangers in 2003) and being caught using PEDs twice, the latter resulting in a full season suspension in 2014.

Statistically, the biggest knock on Rodriguez was his poor playoff performance and while that is true, he did gain some kind of redemption with his 2009 playoff run, where he helped the Yankees win the World Series.

We say all of this but we know why he won’t get in.

Barry Bonds and Roger Clemens are not likely to be inducted and they were never actually caught.

While we say all of this we will be doing our best to watch his final at bats as a Major League Player and it looks like we have another player who will be ranked in our top five on the Notinhalloffame.com Baseball list in what may be perpetuity.
Tagged under
Tweet

More in this category: « A quick look at the Pro Football HOF ceremony Dr. Teeth and The Electric Mayhem perform live for the first time »

0 #1 Darryl Tahirali 2016-08-08 19:40
Perhaps how Manny Ramirez gets treated next year and possibly in subsequent years will give us an indication of what Alex Rodriguez can expect when he comes onto the ballot.

Ramirez was the first superstar to fall foul of the new policies and penalties agreed to across MLB in 2006 or so (can't recall the exact year), and thus he cannot claim that it was the "Wild Wild West" as in the time of Barry Bonds, Roger Clemens et al.

In a sense, though, Rodriguez is in a class by himself as the recipient of the longest suspension ever handed out, not to mention the PR nightmare resulting from his churlishness and lies.

Without going into detail, I think that anyone interested in the state of baseball needs to ask: At what point does this continual PED failure move from personal to institutiona l? This isn't a few bad apples--the barrel itself is rotten.
Quote
Refresh comments list
RSS feed for comments to this post