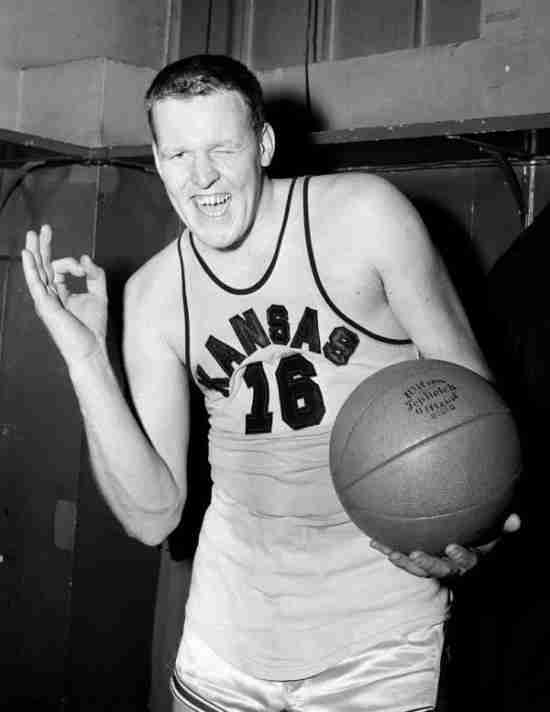 12 Mar
2016
Not in Hall of Fame
It is another sad day in the basketball world as Clyde Lovellette has passed away at age 86 from cancer.

Lovellette was a star player for the Kansas Jayhawks and would take his team to the NCAA Championship in 1952 and was named the Most Outstanding Player in the tournament.  That year he would also be part of the United States win at the 1952 Helsinki Olympics.

He would join the Minneapolis Lakers in 1953 and in his rookie season was an NBA Champion, making him one of the few players in history to win the NCAA, NBA and Olympic Championships.  The big man would be a four time All Star and late in his career with the Boston Celtics would win two more NBA titles.

Lovellette would be inducted into the Naismith Basketball Hall of Fame in 1988.

We here at Notinhalloffame.com would like to extend our condolences to the friends and family of Clyde Lovellette at this time.