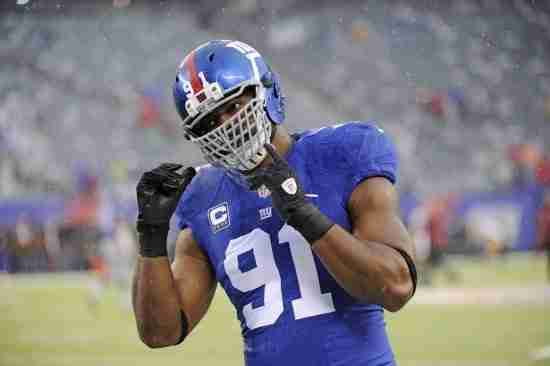 04 Feb
2016
Not in Hall of Fame
Oakland Raiders Defensive End, Justin Tuck has announced his retirement from the National Football League after an eleven year career.

Tuck was drafted in the third round by the New York Giants out of Notre Dame in 2005 and was a large part of the Giants Super Bowl wins in XLII and XLVI.  Tuck was a Pro Bowl selection in 2008 and 2010 and holds the distinction of being the only player to record multiple Quarterback Sacks in multiple Super Bowls.

While he is not likely to earn a place in Canton, he has solidified a strong place in the history of the New York Giants.

We here at Notinhalloffame.com would like to wish Justin Tuck the best in the next stage of his life and thank him for the memories on the field!

More in this category: « Pat Hentgen headlines the new Canadian Baseball HOF Class. The Top 50 Boston Bruins of All Time are here! »