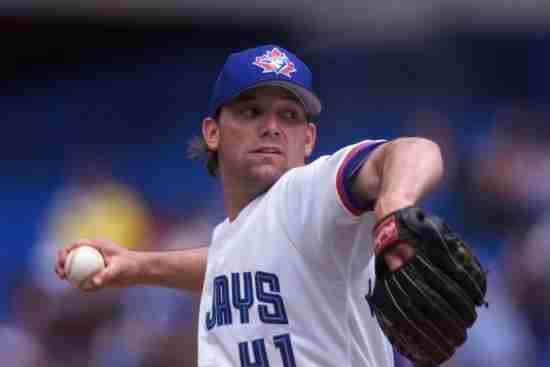 02 Feb
2016
Not in Hall of Fame
The Canadian Baseball Hall of Fame has announced the six new members of their institution, which will be led by former Toronto Blue Jay, Pat Hentgen and former Montreal Expo, Dennis Martinez.

Pat Hentgen was a member of the back-to-back Toronto Blue Jays World Series Champions.  Hentgen was a three time All Star and was the first Blue Jay to win the Cy Young Award.  Hentgen went 107 and 85 with 1,028 Strikeouts as a Blue Jay and he currently works with Toronto as a special assistant.

Dennis Martinez played for the Montreal Expos from 1986 to 1993.  “El Presidente” went to three All Star Games as an Expo, won the 1991 ERA Title and finished his Expos tenure with a record of 100 and 72 with 973 Strikeouts.

Wayne Norton was a key figure in developing Baseball Canada by putting together the country’s first National Junior Team.  He also served as a scout for the Montreal Expos, Baltimore Orioles and the Seattle Mariners.

Howard Starkman served as the Blue Jays public relations director from 1976 to 1998 and would later become the VP of media relations and than the VP of special projects.  Starkman is a native of Toronto.

Tony Kubek spent thirteen years in the Majors as a Shortstop and was a three time World Series winner with the New York Yankees.  Kubek would be a broadcaster for the Blue Jays for thirteen seasons and in 2009 would win the prestigious Ford C. Frick Award from the Baseball Hall of Fame in Cooperstown.

In the late 1800’s William Shuttleworth helped to organize Canada’s first formal baseball team and would serve as the vice president of the first Canadian baseball organization.

The Ceremony will take place at the home of the Canadian Baseball Hall of Fame in St. Marys, Ontario on June 18.

We here at Notinhalloffame.com would like to congratulate the latest class.

Kirk Buchner, "The Committee Chairman", is the owner and operator of the site.  Kirk can be contacted at [email protected] . Email This email address is being protected from spambots. You need JavaScript enabled to view it.
More in this category: « Calvin Johnson Retires Justin Tuck Retires »