The Baseball Hall of Fame Class of 2016 is announced! Griffey and Piazza are in! 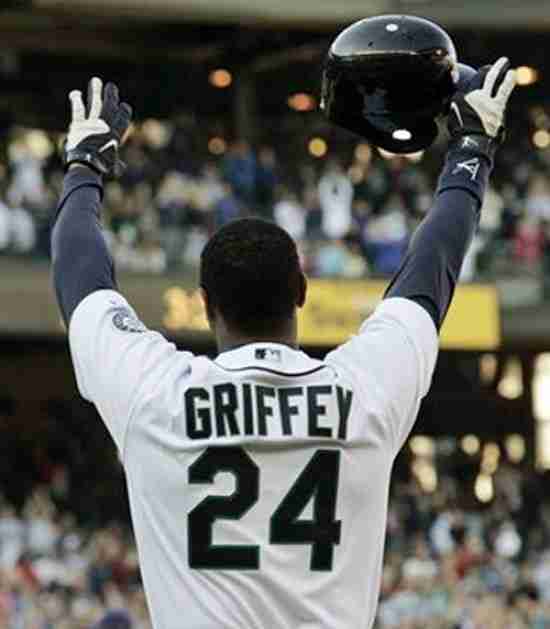 Today the Baseball Hall of Fame announced the Class of 2016 and two former baseball greats will be immortalized in Cooperstown.

As expected, Ken Griffey Jr. breezed through on his first attempt.  Griffey Jr. set a new record for voting percentage, receiving 99.3% of the vote.

Griffey’s Hall of Fame co-entrant will be former Catcher, Mike Piazza who enters on his fourth try with 83.0%.

While Griffey and Piazza are excited today, there are certainly a lot of disappointed former baseball stars that were hoping for a certain Hall of Fame call.

Longtime Houston Astro, Jeff Bagwell, continues to be snubbed.  Like Piazza, Bagwell is on his fourth year of eligibility however like many on this ballot, he received his highest vote total, with 71.6%.


It had been projected that this could have been Tim Raines year, but it was not to be as he finished fourth on the ballot with 69.8%.  Raines only has one more year of eligibility, as next year will be his tenth year on the ballot and under the new rules, the duration on the Hall of Fame ballot reduced from fifteen years to ten.  Still, this is the highest vote tally by far that he has received and this makes his vote next year the one with the biggest story attached to it.

Relief Pitcher, Trevor Hoffman made his Hall of Fame ballot debut and while he was not expected to enter on his first try, his 67.3% shows that he won’t likely have to wait long.

Curt Schilling made a sizable jump to 52.3%

Roger Clemens and Barry Bonds, the most decorated pitcher and hitter of the last thirty years have been snubbed to their association with Performance Enhancing Drugs.  With the elimination of voters who had not covered baseball over the past ten years, it was believed that both Clemens and Bonds would increase their vote totals, which they did.  Clemens had 45.2% and Bonds had 44.3%.  This is not a major increase for either, but it is the highest that both have posted thus far.

Edgar Martinez remains in DH purgatory at 43.4%, Mike Mussina nearly doubled his total to 43.0, and on his last year on the ballot, Alan Trammell had his largest total by a wide margin in 40.9%.  Veteran’s ballot, here he comes!

Lee Smith continued to tread water at 34.1%.  Considering the emergence of both Hoffman and Billy Wagner to the ballot, this tally is a mild surprise.

At 20.9%, 16.6% and 15.5% respectively, Fred McGriff, Jeff Kent and Larry Walker remained in the same range and appear to be on a course to stay on the ballot for ten seasons without many significant jump to serious contention.

Mark McGwire ends his ten year run on the ballot with a whimper with 12.3%.  If the reduction of the Hall’s voting to ten years was in fact intended to eliminate the PED users early, they have gotten rid of their first heavyweight in “Big Mac”.

Gary Sheffield and Sammy Sosa are clinging to the ballot with 11.6% and 7.0%.

A mild surprise occurred with the debuting Billy Wagner remaining on the ballot with 10.5%.

There were some notable names who did not make the cut.

Jim Edmonds was hopeful to make the second year, but his 2.5% tally takes him off for good.

Nomar Garicaparra who was on the ballot last year, has now been kicked off on his second year with a serious drop off to 1.8%.

The ballot will crowd even more next year as Vladimir Guerrero, Ivan Rodriguez and Manny Ramirez will become eligible.

We are in the process now of updating our Rock and Roll list and will begin work on revising our baseball list once the Rock one is complete.

Congratulations to Ken Griffey Jr. and Mike Piazza, and let’s continue to debate the next wave of immortals from the world of professional baseball!

More in this category: « Notinhalloffame.com wants your input! The 2016 Pro Football HOF Finalists are out »

0 #1 Darryl Tahirali 2016-01-07 00:46
Do you think there will be a manhunt (witch-hunt? ) for the three voters who didn't vote for Junior? There was a sense that this may have been the first time that a candidate would be elected unanimously.

To me, the biggest surprises are:

1. That a handful of voters were willing to cast courtesy votes for Mike Sweeney, David Eckstein, Jason Kendall, and--wait for it--Garret Anderson. A few years ago, that would have been a polite gesture that could have been afforded by the hometown press. These days, though, that is precious real estate on the ballot unless the voter is a categorical opponent of PEDs-associa ted players.

2. That Sammy Sosa stayed on the ballot--and actually had a fractional uptick. I thought for sure that he would go the way of Rafael Palmeiro.

3. That Jim Edmonds would be a one-and-done in his first year. I've stated in two articles that I don't think he is a Hall of Famer, but he is damn close.

4. And, like you, that Billy Wagner survived his first year. Like Edmonds I don't think he's a HoFer but he's damn close. Maybe this heralds a change in thinking about role players, specifically , relief pitchers.

Disappointing to see Bagwell and especially Raines not get in this year. My optimistic prediction was that they would have been elected along with Griffey, Jr., and Piazza. Let's hope Bagwell continues the upward trend next year.

Raines, of course, is going to be the nail-biter next year as he will be in his last year of eligibility on the ballot. Will he go like Piazza? Or like Jack Morris?

Although I am disappointed that we did not have a bumper crop as in the last two years, I am encouraged overall by the upticks for just about everyone. (Sheffield dipped the barest fraction, and I'm not surprised that Garciaparra disappeared.)

It may be too early to tell whether the sloughing off of the voters who haven't written about baseball in the last ten years, and thus tightening up the electorate with actively engaged voters, accounts for the overall rise in vote totals--even for the PEDs Pariahs. However, that seems to be the assumption in the absence of any other evidence.

In any case, it was a good, not great, year, with few mistakes--an d neither of those are named Griffey or Piazza.

Just wait until next year, though, when Manny Ramirez, the first high-profile player whose PEDs woes occurred after drug policies and penalties were codified, hits the ballot for the first time. . . .
Quote
Refresh comments list
RSS feed for comments to this post