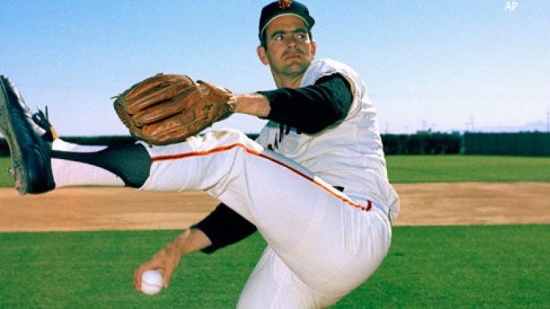 It has been rough week for us at Notinhalloffame.com, as following the deaths of John Had and Christine McVie, Baseball Hall of Fame Pitcher, Gaylord Perry, passed away at the age of 84.

The master of the spitball used cunning and guile to last 22 Seasons in the Majors, playing for San Francisco, Cleveland, Texas, San Diego, New York (AL), Atlanta, Seattle and Kansas City.  Debuting for the Giants in 1962, Perry did not learn the spitter until two years later, and while it was widely known he used the illegal pitch, he was not caught until 1981.  Batters were flummoxed by Perry before they got into the box, feeling that they were at a disadvantage whether Perry used that trick or not.

A Giant for the first ten years of his career, Perry bounced around afterward, but it was outside of the Bay Area where he had his Cy Youngs.  The first was in 1972 with Cleveland, his first year in the American League.  He would make history as the first Cy Young winner in both leagues, when he won his second award with the Padres in 1979, which he won just before he turned 40.

Perry played until 1983, retiring with a 314-265 record and 3,534 Strikeouts.  He entered the Hall of Fame in 1991, on his third year on the ballot.  Perry is also a member of the San Francisco Giants Wall of Fame and Cleveland Guardians Hall of Fame.

We here at Notinhalloffame.com would like to extend our condolences to the fans, friends and family of Gaylord Perry.