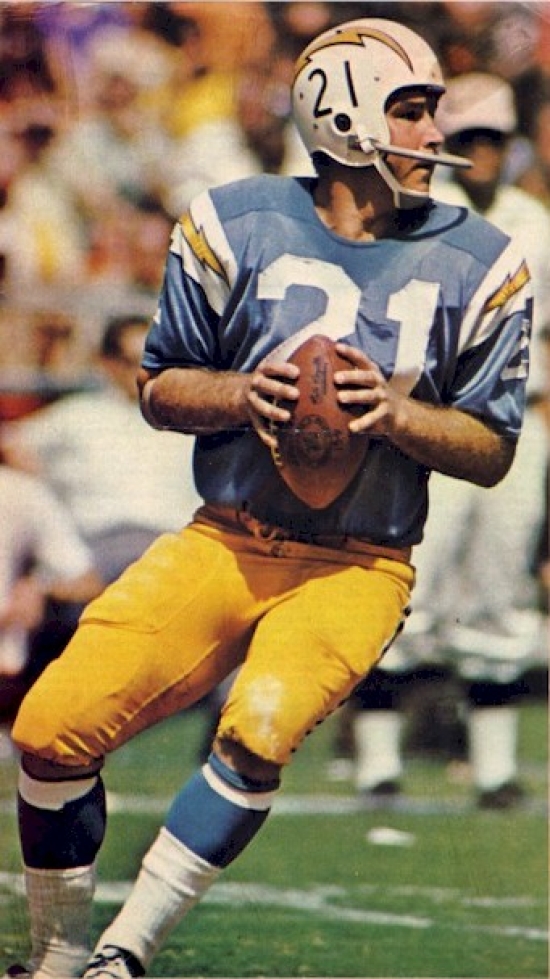 Former Quarterback, John Hadl, who played most notably with the San Diego Chargers, passed away at the age of 82.

A College Football Hall of Famer from the University of Kansas, Hadl played 11 years for the Chargers and was a three-time AFL leader in Passing Yards, compiling 33,503 Yards with 244 Touchdown Passes.  He also played for the Rams, Green Bay and Houston, and was a six-time AFL All-Star/Pro Bowl Selection.

In our latest Notinhalloffame list of those to consider for the Pro Football Hall of Fame, Hadl was ranked at #92.

We here at Notinhalloffame.com would like to extend our condolences to the fans, friends and family of John Hadl.

More in this category: « RIP: Christine McVie Our Fictitious Athlete Hall of Fame announces the 2022 Finalists »