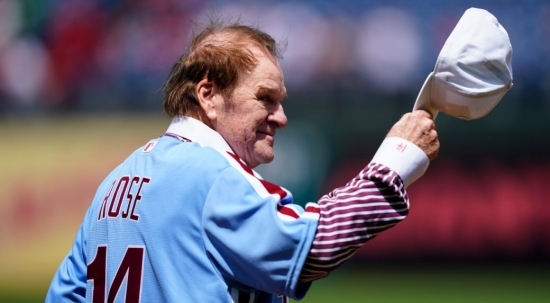 At 81 years old, former Baseball legend is still lobbying for a place in the Baseball Hall of Fame.

“I have apologized many times, both for betting on baseball while managing the Cincinnati Reds and then for denying that I did.  I am writing today for three reasons. First, because at my age, I want to be 100% sure that you understand how much I mean it when I say that I’m sorry.  Second, to ask for your forgiveness.  And third, because I still think every day about what it would mean to be considered for the Hall of Fame.

The two most important people in my life were my dad and my Manager, Sparky.  My dad introduced me to baseball and Sparky taught me how to play it.  Both set an example for me about how to live my life that I sometimes have failed to live up to.  I think every day about them.  I know I disappointed them and I hope that they would still be proud of me.  What helped set me down the right path was Commissioner Giamatti telling me to reconfigure my life and the belied that they were watching me and I didn’t want to disappoint them anymore.

I also know that I disappointed many Reds fans and baseball fans.  Besides spending time with my kids and my partner, there’s nothing that made me happier than playing baseball in front of fans.  That I let them down and brought shame to the sport we all love is something I think about every single day.

It is among my greatest regrets that I let down fans who believed in me and loved baseball.  It is also among my greatest regrets that I let down my teammates – and everyone I shared a baseball field with.  You can’t imagine how painful it is when I see my teammates from all the great teams I played on and players I played against go about their lives in ways I wanted to.  I want to be a part of that too and I know I probably never will.  I am so grateful for the time I shared with them on and off the field.  Nothing replaces it.  People think you move on after you leave the game.  You do in many ways.  But the most important parts of baseball should grow even stronger.  I screwed that up.

I am asking for your forgiveness.  Despite my many mistakes, I am so proud of what I accomplished as a baseball – I am the Hit King and it is my dream to be considered for the Hall of Fame.  Like all of us, I believe in accountability.  I am 81 years old and know that I have been held accountable and that I hold myself accountable.  I write now to ask for another chance.”

Should Manfred reinstate Rose (though this seems unlikely), it is not an automatic path to Cooperstown.  Rose would have to be nominated by the respective Veteran’s Committee, and then receive the necessary 75% of the votes to get in.

Rose is currently ranked #4 on our latest rank of those to considered for the Baseball Hall of Fame.

More in this category: « The Toy Hall of Fame inducts three new toys. Nickelback to enter the Canadian Music Hall of Fame »