The Washington Commanders will retire Sonny Jurgensen's #9 this year 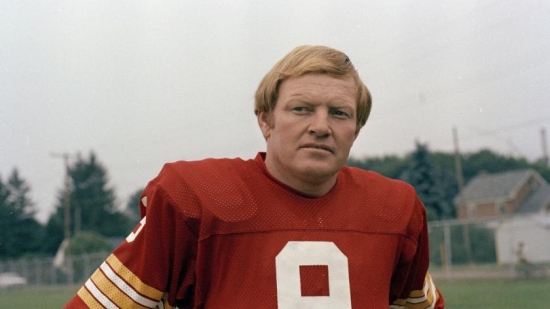 Regular visitors of Notinhalloffame.com know that we are slowly working on the top 50 of every major team in the NHL, NBA, NFL and MLB.  Once that is done, we intend to look at how each team honor their past players, coaches and executives.  As such, it is news to us that the Washington Commanders will be retiring the number 9 of former Hall of Fame Quarterback, Sonny Jurgensen.

Jurgensen, who is 88, was associated with the franchise for over 50 years, primarily as a player, and later as a radio broadcaster.

After seven seasons with the Philadelphia Eagles, the latter three where he was a starter, Jurgensen was traded to the then-named Washington Redskins before the 1964 Season, and it would prove to be an excellent fit.  A five-time Pro Bowl Selection in Washington, Jurgensen set a then record 3,747 Passing Yards in 1967, and was a five-time leader in Passing Yards, three of which as a Redskin.  Losing his starting job to Billy Kilmer in 1971, Jurgensen remained with the team until 1974.

With Washington, Jurgensen threw for 22,585 Yards and 179 Touchdowns.  He was inducted into the Pro Football Hall of Fame in 1983.

He becomes the fourth player in Commanders history to have his number retired, joining Sean Taylor (#21), Sammy Baugh (#33) and Bobby Mitchell (#49).

We here at Notinhalloffame.com would like to congratulate Sonny Jurgensen for this impending accolade.