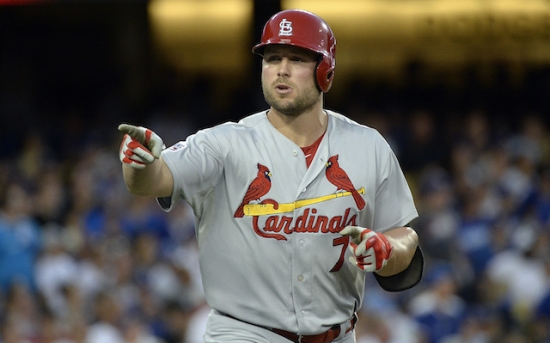 Regular visitors of Notinhalloffame.com know that we are slowly working on the top 50 of every major team in the NHL, NBA, NFL and MLB.  Once that is done, we intend to look at how each team honor their past players, coaches and executives.  As such, it is news to us that there will be three new members inducted into the St. Louis Cardinals Hall of Fame.

The new entrants all enter through different methods.

Matt Holiday was inducted via the fan vote.  Joining the Cardinals in 2009 when he was traded during the season from Oakland, Holliday remained in red until 2016, going to four All-Star Games and winning the Silver Slugger in 2010.  Holliday collected 1,048 Hits, batted .293 and smacked 156 Home Runs for St. Louis.

Julian Javier was elected by the Red Ribbon Committee.  Playing at Second Base for the Redbirds from 1960 to 1971, Javier helped St. Louis win two World Series Championships and was an All-Star in 1968.  Mostly known for his defense, Javier had 1,450 Hits for the Cardinals.

Charles Comiskey was chosen by the DeWitt Ownership Group.  He played First Base and Managed for the forerunners of the Cardinals, the Browns in the 1880s, but he is best own for owning the Chicago White Sox from 1900 to 1931.

The induction ceremony will take place on August 27.

Selfishly, this is one of our favorite franchise Hall of Fames, and we applaud how well the Cardinals have executed it since its exception.

We here at Notinhalloffame.com would like to congratulate the newest inductees into the St. Louis Cardinals Hall of Fame.