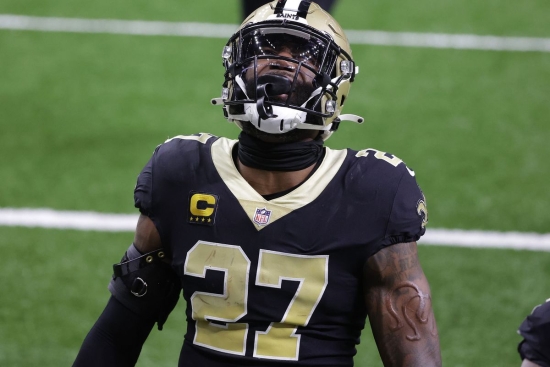 As we are knee deep in the NFL off-season, it is the time for retirements, and we have a significant one as New Orleans Saints Safety, Malcom Jenkins, is calling it a career.

The Jim Thorpe Award winner in 2008, Jenkins was drafted by the Saints 14th Overall, and the Ohio State Buckeye would become a starting Safety during his rookie season.  Jenkins was a nice component in upgrading the team’s secondary, which helped catapult to them their first ever Super Bowl.  Jenkins played four more years with the Saints, earning Second Team All-Pro honors in 2010, and keeping the team strong.

In 2014, Jenkins signed with Philadelphia, where he went to three Pro Bowls, while also anchoring the Eagles to their First Super Bowl win (LII).  Jenkins returned to the Saints, playing two more seasons before he retired.

Off of the field, Jenkins was known for his activism, and his community contributions.

He retires with 21 Interceptions and 1,044 Tackles.  Jenkins is eligible for the Pro Football Hall of Fame in 2027, and we will shortly put his bio up for you to vote and comment on in our Notinhalloffame Football Futures Section.

We here at Notinhalloffame.com would like to wish Malcolm Jenkins the best in his post-playing career.

More in this category: « The Steiner Brothers will be inducted into the WWE HOF. Our All-Time Top 50 Oakland Athletics have been revised to reflect the 2021 Season »