The Steiner Brothers will be inducted into the WWE HOF. 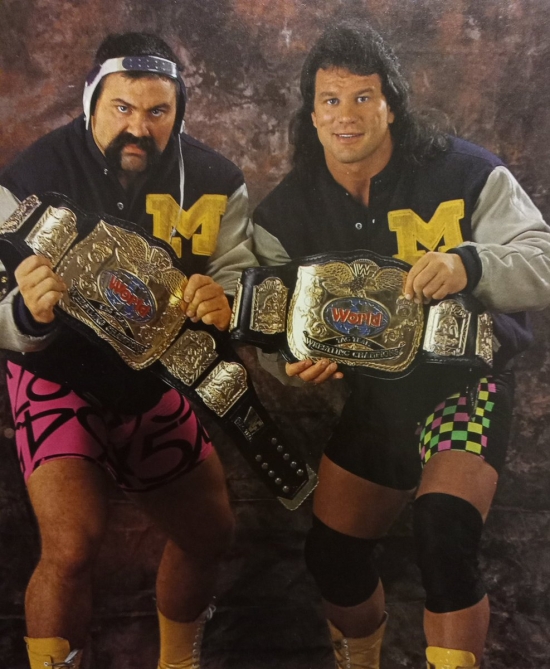 Every now and then, Hell freezes over, and when it does, it is usually based in the Stamford, Connecticut, the home of the WWE.  Announced today, the Steiner Brothers have been named to the WWE Hall of Fame Class of 2022.

The Steiners are one of the most decorated and influential tag teams in wrestling history, and were arguably the most successful tag team of the 1990s.  Debuting as a tag team in WCW in 1989, the brothers would win Tag Team Gold in that promotion seven times, and were also two-time WWF Tag Team Champions.  Internationally, the Steiners won the IWGP World Tag Team Titles twice.

Presently, Rick’s son competes as Bron Breakker in NXT, and is one of the fastest rising stars in the brand.  Scott has been vocal in many interviews over the past decade against the WWE and Triple H, and in 2015, he was banned from the Hall of Fame following an incident with Hulk Hogan’s then-wife.

The Steiners are ranked #17 on our latest list of those to consider for the WWE Hall of Fame, and they, along with the other inductees will be removed from our list following Wrestlemania.  We will revise our list shortly afterward.

We here at Notinhalloffame.com would like to congratulated Rick and Scott Steiner for this impending honor.

More in this category: « Our All-Time Top 50 Chicago Cubs have been revised to reflect the 2021 Season Malcolm Jenkins Retires »