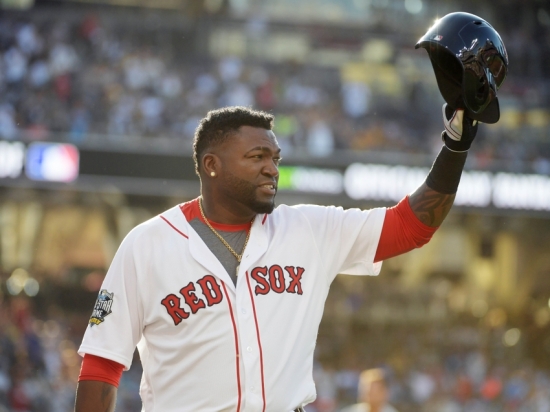 We love this day!

Though, that does not mean, we always love the results.

The Baseball Hall of Fame announced the results of the Class of 2022, and it ends an era of sorts as many of the controversial PED associated players are off the ballot.

Let’s get right into it.

The Baseball Hall of Fame elected one player this year, which was David Ortiz, who enters on his first year with 77.9%.  The long-time Designated Hitter led the Red Sox to three World Series Championships, and had 541 Home Runs, 1,768 RBIs and went to ten All-Star Games.  Ortiz becomes the first predominant DH to enter the Hall in his first year.

Here is a look at the rest of the vote:

Barry Bonds. 66.0%, 10th and Final Year:  Bonds was a seven-time MVP, and let’s be frank: We all knew that he was using PEDs, and so did the people who kept voting him as an MVP.  Saying that, Bonds is one of the greatest offensive baseball players that the game ever saw, and is the game’s all-time leader in Home Runs (762) and Walks (2,558), and has a career Slash Line of .298/.444/.607.  Statistically speaking, we know that Bonds belongs in the Hall, and we also know why the voters kept him out.  He climbed from 61.8% from last year.

Roger Clemens. 65.6%, 10th and Final Year:  We could “lather, rinse, repeat” with Clemens in regards to Bonds, as he is also a generational superstar who won seven Cy Youngs.  Like Bonds, Clemens was surly, but also was never officially popped for PEDs by Major League Baseball.  Clemens has every Hall of Fame stat you can think of, and shatters many of the inductees, but he will have to exist in an island with Bonds of players that eclipse the actual Hall of Famers.  Clemens reached his highest total, increasing from last year’s 61.6%.

Curt Schilling.  58.6%, 10th and Final Year.  Schilling told voters not to vote for him, and that is exactly what he got, as he dropped from 71.1% from last year.   While we think he has the resume for Cooperstown, his off-field feud with the media did him no favors.  This was his last year on the ballot, debuting at 38.8% in 2013, and peaking at 71.1% in 2021. Frankly, we feel that this elevates his fame, rather than decreases it, and a martyr factor now exists with Schilling.  His only path is the Veteran’s Committee, and it is likely that he will feel the same when he is eligible in those forums.

Todd Helton.  52.0%, 4th Year:  Helton has now gone from 16.5 in Year one to looking like he is one or two years away.  We recently named Helton the greatest Colorado Rockies player of all-time.

Billy Wagner.  51%, 7th Year:  Wagner is the top closer on this ballot, and considering his first three years he was barely over 10%, his ascension has been more than impressive.  This is his first year exceeding 50%.

Gary Sheffield.  40.6%, 8th Year:   Sheffield has all of the Hall of Fame metrics, but lacks the name, the team, and the notoriety.  It was a little surprising he got to 40 percent last year, and he has the exact same number this year.  This is not boding well for Sheffield.

Alex Rodriguez.  34.3%, 1st Year:  We said this for years, in that we were most intrigued of any player in any potential Hall to see where he would finish in terms of his first year of eligibility.  A-Rod was popped for PEDs, was at one time massively unpopular, but only Bonds had better stats of any position player on this ballot, and he is among the top ten ever in terms of skills and stats.  Bluntly, this is way lower than we thought.

Manny Ramirez.  28.9%,  6th Year:  Unlike other PED-associated players on this list, Ramirez WAS popped and suspended for steroids.  He only climbs up .7% from last year.

Sammy Sosa.  18.5%, 10th and Final Year:  Say what you want about Sosa, but this is a player who at one point was considered to be one of the top five players in the game for a half-decade, and was in the upper-echelon in terms of popularity.  For what it is worth, this was the highest result that Sosa received.

Andy Pettitte.  10.7%, 4th Year:  Pettitte has a lot of the numbers you need, but is an admitted PED user.  For whatever reason, Pettitte dropped from 13.7%.

The following did not receive the 5% needed to remain on the ballot:

We will rework our Notinhalloffame.com Baseball list of those to consider for the Baseball Hall of Fame by the end of February.  This will involve removing those who were inducted, and added those worthy and eligible.

We here at Notinhalloffame.com would like to congratulate David Ortiz.