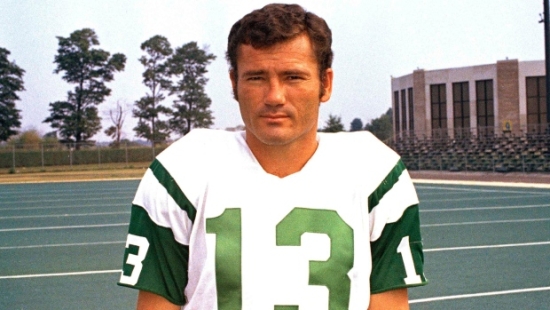 We have lost another football legend today.

A college star at Texas Western (the future UTEP), Maynard was taken by the New York Giants in the draft, playing for them sparingly as a rookie, to the point where he left the team for Hamilton of the Canadian Football League the season after.  In his third professional year, Maynard returned to New York City, but this time with the Titans of the upstart American Football League.

Retiring after a final season with the St. Louis Cardinals, Maynard left the game with an exceptional 11,834 Receiving Yards (a record at the time) and 88 Touchdowns.

We here at Notinhalloffame.com would like to offer our condolences to the fans, friends and family of Don Maynard.

More in this category: « Our All-Time Top 50 Minnesota Twins have been updated to reflect the 2021 Season The College Football Hall of Fame announces the Class of 2022 »