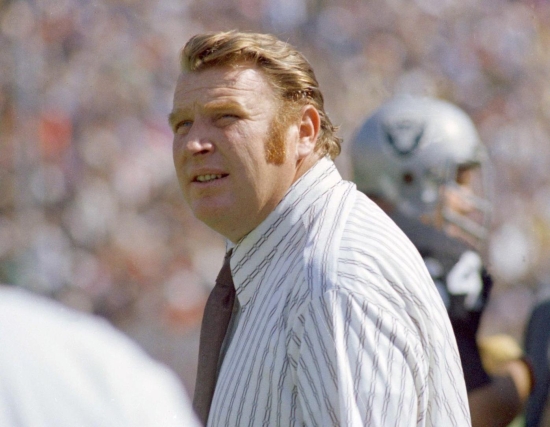 As we were preparing for Notinhalloffame.com Mock Committee to name our HOF Semi-Finalists, it was announced that Hall of Fame Coach, John Madden passed away.  He was 85 years old.

Madden worked his way up the coaching ranks, first becoming the Raiders Linebackers Coach in 1967, and ascending to Head Coach two years later.  In that capacity, Madden won Super Bowl XI, and had a coaching record of 103-32-7.

Retiring as a coach in 1978, Madden joined the broadcast booth for CBS, eventually teaming with Pat Summerall, where they would be the network’s prime announcers.  When CBS lost football to FOX, both he and Summerall would join the new network, where again they were the top pairing.  Following Summerall’s retirement, Madden would work for ABC’s Monday Night Football, and he closed his career with three years on NBC’s Sunday Night Football.  He would lend his name and voice to the Madden NFL video game series, beginning all the way back in 1988.

Inducted into the Pro Football Hame in 2006, Madden is a part of every modern football fan’s past, and for many of us, the voice of the game.

We here at Notinhalloffame.com would like to offer our condolences to the fans, friends, and family of John Madden.

More in this category: « Awards - HOF? Part Sixty-Two: The NBA Sixth Man of the Year Our All-Time Top 50 Colorado Rockies have been updated to reflect the 2021 Season »