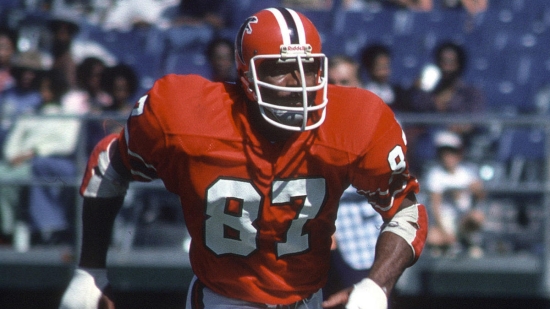 Pro Football lost a great one today as Hall of Fame Defensive End, Claude Humphrey, passed away.  He was 77 years old.

A First Round Pick from Tennessee State in 1968 by the Atlanta Falcons, Humphrey won the Defensive Rookie of the Year and would be named to six Pro Bowls.  A two-time First Team All-Pro, Humphrey played for Atlanta until 1978, joining the Philadelphia Eagles for three seasons before he retired in 1981.  He had 130.0 Sacks over his career.

Humphrey was inducted into Canton in 2014 as a senior candidate, and he is also a member of the Atlanta Falcons Ring of Honor.

We here at Notinhalloffame.com would like to extend our condolences to the friends, family and fans of Claude Humphrey.

More in this category: « Our All-Time Top 50 Los Angeles Angels are up The Veterans Committees select six new people into the Baseball Hall of Fame »