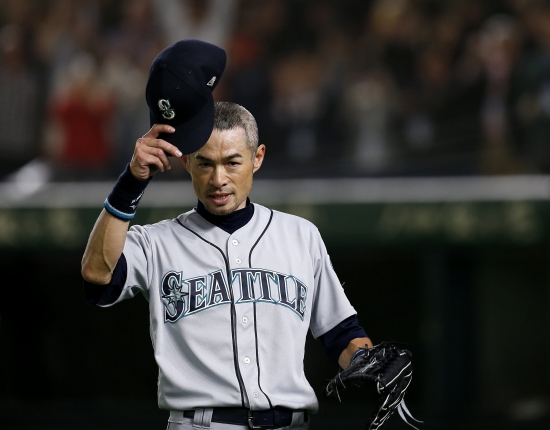 Regular visitors of Notinhalloffame.com know that we are slowly working on the top 50 of every major team in the NHL, NBA, NFL and MLB.  Once that is done, we intend to look at how each team honor their past players, coaches and executives.  As such, it is news to us that the Seattle Mariners have announced that former Outfielder, Ichiro Suzuki, will be inducted into the Mariners Hall of Fame on August 27 before their home against Cleveland.

After a successful career in Japan, Ichiro joined the Mariners at age 27, where he shattered the myth of a Japanese position player thriving in the Majors.  Ichiro was a hitting machine, leading the American League in Hits seven times, winning two Batting Titles, and he batted over .300 in his first ten years in Baseball, a streak in which he was never not included in the All-Star Game.  He won the MVP, the Rookie of the Year, ten Gold Gloves and three Silver Sluggers.

Ichiro is eligible for the Baseball Hall of Fame in 2025, and he should be a first ballot of inductee.

We here at Notinhalloffame.com would like to congratulate Ichiro Suzuki for his impending honor.

More in this category: « RIP: Sam Huff The Polynesian Football Hall of Fame announces the Class of 2022 »