U.S. Soccer Stars Who Have Made it Big in Europe 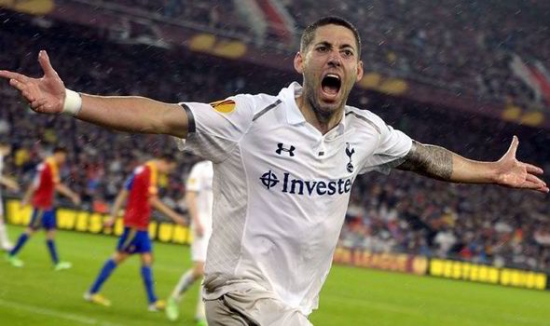 It takes a lot to make it in European soccer, as the leagues are highly competitive and filled with the best players from all over the world. But some of the biggest names in U.S. soccer history have tried and succeeded to make a name for themselves in some of the biggest leagues in Europe.

Perhaps the only thing bigger than soccer in Europe is betting on soccer, with fans collectively wagering millions of dollars every year the many betting websites (50+ according to Find Betting Sites) on their favourite teams and players. But to grab the attention of fans, soccer players need to turn in top performances week in, week out to make an impact.

Here are five U.S. soccer superstars who have made it in the European game.

After joining Chelsea in 2019 for a whopping transfer fee of $73 million, he’s seen by many blues fans as the long-term replacement for the mercurial Eden Hazard, who left London to sign for Real Madrid. After making his name at Borussia Dortmund in Germany, Pulisic has evolved into one of the English Premier League’s most exciting players, netting a hattrick against Burnley to open his goals account in the league. At just 22 years old, Pulisic has his whole career ahead of him and could easily become one of the greatest U.S. soccer players in history.

Apart from the final season of his career at New York Red Bulls, Claudio Reyna spent his whole career playing in Europe. He made an impact during his time in Germany at Bayer Leverkusen and Wolfsburg before transferring to Glasgow Rangers and becoming an indispensable member of their squad. He then enjoyed six seasons in the English Premier League with Sunderland and Manchester City, racking up an impressive 112 caps for the national team throughout his career. Undoubtedly one of the legends of the American game.

Texas-born striker Clint Dempsey enjoyed a hugely successful career in the English Premier League. He was signed by London-based club Fulham from New England Revolution in 2007 and scored an impressive 50 Premier League goals in 189 matches. He secured a big move to London rivals Tottenham in 2012, but after only a season at White Hart Lane, he returned to the U.S. to see out the remainder of his career with Seattle Sounders. With 141 international caps to his name, he is the fourth highest-capped American of all time.

At 42 years of age, Tim Howard is still going strong, turning out for Memphis 901 in the USL Championship. A reliable and agile goalkeeper, Howard was signed by Sir Alex Ferguson for Manchester United in 2003, after an impressive five years keeping goal for MetroStars. Although he only made 45 league appearances for United in a five-year spell, it was his time at Everton that he will most fondly be remembered for. With more than 340 appearances at Goodison Park, Howard is an Everton legend and is widely regarded as one of the best goalkeepers to have played in the English Premier League.

Although DaMarcus Beasley perhaps enjoyed his best spells as a player in the U.S., with Chicago Fire at the start of his career and at Houston Dynamo before his retirement, he’s another U.S. export to have made a telling contribution to the European game. Spending time at PSV, Manchester City, Rangers, and Hannover 96, he chalked up more than 100 appearances in Europe’s top leagues and was popular with supporters for his lightning pace and dribbling skills. Another centurion, Beasley, represented the U.S. national team 126 times during his career.