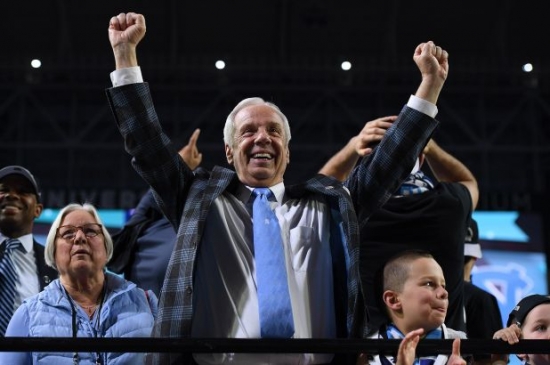 An era has come to an end in North Carolina.

Williams was also the Head Coach at Kansas for 15 years, where he brought the Jayhawks to four Final Fours and two National Title Games.

Williams, who was inducted both the Naismith Basketball, and College Basketball Hall of Fame, is also a nominee for our first-ever class for our United States Athletic Hall of Fame, which you can all vote on.

We here at Notinhalloffame.com would like to wish Roy Williams the best in his post-coaching life.